As many states are working through their legislation session, policy makers throughout the country have a significant opportunity to pursue a path to meeting climate and decarbonization goals by passing meaningful hydrogen legislation. There is tremendous value in hydrogen energy and storage as a critical part of greening the electric grid and committing to a renewable energy future–both foundational elements of many states’ energy and environmental goals.

The US federal government has sent strong policy signals to the energy industry, regulators, and policy makers that hydrogen should be both taken seriously as a tool in the country’s energy landscape, and developed as a pathway to decarbonize and to reduce overall dependence on hydrocarbons. With more than $9B dedicated to expanding the hydrogen infrastructure and exploring electrolyzer technology through the creation of at least four hydrogen hubs across the U.S., there is a tremendous opportunity to take a significant leap forward in the energy transition. 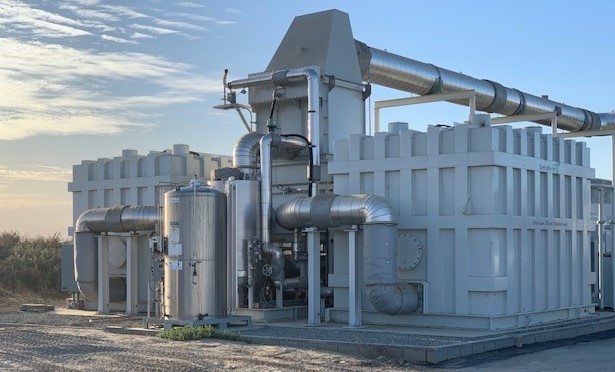 It seems that, in many instances, hydrogen has taken on a nearly mythical aura; politicians on both sides of the aisle launch existential debates on the potential negative aspects of hydrogen as a viable energy source and part of the renewable energy mix, rather than recognizing the molecule as a tool for cleaner energy. Simply put, hydrogen is just another medium for converting and storing one form of energy into another, very much like an electron.

There seems to be near universal acceptance that batteries, energy storage infrastructure, and electric vehicles (EVs) are important investments for the good of the climate. Implicit in that perspective is that the electricity that powers those cars and batteries will become increasingly cleaner, greener, and carbon free. However, having the infrastructure and market demand is a requisite first step.

Today, however, when most of America charges their phones, EVs, and anything else, the majority of that electricity is derived from natural gas and coal - overwhelmingly so when those devices are charged at night.

We should look at hydrogen the same way we look at electrons: as green as the fuel that is used to make them. 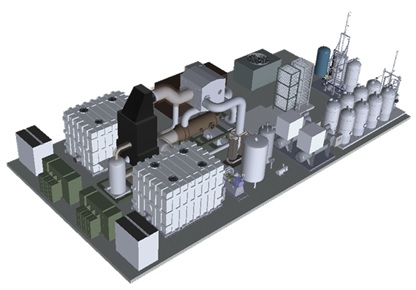 Much like electricity, a traditional way of making hydrogen involves burning coal to heat methane and water to create hydrogen molecules, a process that is both energy inefficient and pollution intensive. But just like making electricity, this is not the only way to make hydrogen.

Hydrogen can be made without any combustion, meaning no carcinogenic or smog-forming pollution. Hydrogen can be made using renewable methane from wastewater treatment plants or landfills in our cities. Fuel cells can use green electricity and recycled water to create hydrogen through electrolysis, without using any methane at all. When people criticize investments in or incentives for hydrogen production as a “hand out for the oil industry” or a “crutch to prop up a dying industry,” we ignore the many ways clean and green hydrogen can be made and the innovative companies doing it.

Sectors of the economy that are difficult to decarbonize are also some of the most pollution-intensive. Hydrogen has shown potential to be a far better technology than electrically charged battery packs in fueling long-haul trucks, container ships, construction and industrial equipment, and even trains, all of which use very high torque engines and require a lot of sustained power.

Hydrogen also does a much better job storing energy over days, weeks, and months when compared to batteries. By storing energy as hydrogen, we can take the power of wind or sun and keep it for exactly when we need it, giving us a powerful tool to enhance grid reliability while reducing carbon emissions.

In striving for a cleaner energy future, we have to use every tool at our disposal: renewable power, clean baseload power, batteries, hydrogen, and fuel cells. Pitting technology against technology serves no one but the status quo. Hydrogen, like batteries, is a powerful tool that will help integrate renewable energy across our economy and society. It’s a tool that will lead us into a cleaner and more resilient future.

Brady Borcherding is Director of Governmental Affairs, West Coast for FuelCell Energy, which provides comprehensive turn-key solutions for their customers that include everything from the design and installation of a project to the long-term operation and maintenance of the fuel cell system.