Geothermal From the Ground Up

Well, maybe not the guns. But meaningful development of the major undeveloped reserves of geothermal power in the United States should not require a whole lot more than judiciously applied money and a focused, enlightened regulatory policy (hence, with apologies, the need for lawyers). But first, the statistics…

Potential development
According to the Geothermal Energy Association (GEA), as of August 2009, there were slightly less than 3200 MW of geothermal power in operation in the US, of which 2600 MW is in California, followed by Nevada, with 450 MW—no other state has material amounts of geothermal power in operation. As for projects under development, GEA indentifies some 132 “confirmed” projects totaling up to 6,443 MW, but closer examination reveals that fewer than 140 MW of those projects are in Phase IV development (“production drilling underway; facility under construction”), with the remainder in various stages of site exploration, permitting, or contract negotiation.

These fairly paltry numbers contrast starkly with what various studies claim to be the potential for geothermal development. For example, a 2006 MIT study set out a road map for how the US could commercialize 100,000 MW of geothermal resources by 2050 utilizing the new Enhanced Geothermal Systems (EGS) technology, and the US Geological Survey has put that potential at 500,000 MW.

It is not surprising, therefore, that over time the oft-repeated statements as to the potential for geothermal development have increasingly come to sound less like optimistic predictions, and more like an indictment of regulatory policy. Despite the material incentives for renewable power set forth in the American Recovery and Reinvestment Act of 2009, only six new geothermal plants totaling 176 MW came on line in 2009 (see “US Gets 6 New Geothermal Plants in 2009,” Electric Power Daily).

Why the vast gap between potential and realization? Among other reasons:

1. The initial stages of geothermal development are in many respects analogous to oil wildcatting, with long lead times and high, usually indeterminate exploration costs;

2. Despite the rosy forecast and its excellent track record and very clean environmental profile, geothermal power still is looked upon as a stepchild of the big three mainstays of renewable power (wind, solar, and biomass); and

3. Though many state renewable portfolio standards (RPS) and requests for proposals (RFPs) have implemented “set-asides” for wind and/or solar resources, geothermal power usually has not been accorded similar treatment, even though its life-cycle costs compare favorably to those resources.

So, what can policymakers do to facilitate the nation’s development of this huge and clean resource? Here are seven ideas:

1. Long-Term PPAs: For a century, the central problem that has faced the electric power industry—the most capital-intensive industry in the world—is whether and how to finance investments that range from tens of millions to tens of billions of dollars. Most renewable power plants today are built by non-utility developers (although somewhat less so than in the past) and, with fewer and fewer exceptions, these projects—unlike rate-based investments—require long-term power purchase agreements (PPAs) with one or more customers to be developed. In a few areas of the country and, perhaps increasingly so, 20-year PPAs are becoming the norm. But make no mistake: because capital providers, especially under current economic conditions, will demand a long-term and legally enforceable revenue stream before making any commitments, neither equity nor debt will be mobilized to develop such facilities in the absence of long-term PPAs.

2. Feed-In Tariffs (FITs): FITs are a beguilingly simple method of quickly and dramatically increasing geothermal development. A state need only establish an appropriate tariff to pay for the given renewable resource. If the tariff is set high enough, capital will flow to the development of the resource. If the tariff is set too low, it will not. The experience of Spain and Germany shows that FITs can achieve their purpose. Both countries established solar FITs that resulted in bids of many more megawatts of new solar resources than had been developed over the entire prior decade, although far more than those nations needed. Their mistake was not in seeking to jumpstart renewable development via a FIT, however, but in not setting up the procurement as a reverse auction where bidders would drop out as the price to supply a stated need came down in successive rounds.

4. Making Federal Land Available for Geothermal Development: The US Department of the Interior, through the Bureau of Land Management, is responsible for geothermal siting approval on federal lands but, although Interior has said it is committed to utilizing federal land to enhance renewable development, it has to date made available for geothermal development only 700,000 acres of the roughly 700 million acres it manages. This process can and should be expedited. One way to do so might be for the government expeditiously to enter into short-term leases, with an option by the lessee to extend the term to 20-plus years should it actually discover and decide to develop the associated geothermal resources.

5. A Federal RPS: Currently, 32 states and the District of Columbia have RPS requirements, but they vary dramatically and lack the necessary coordination and scope that a federal template would provide. A federal RPS passed the US House of Representatives three times in the past few years, but failed in the Senate. Passage of a federal RPS, whether as part of a comprehensive climate change bill or as free-standing legislation, would likely result in a more uniform set of rules. And, rather than a balkanized, state-by-state RPS regime, it would allow for the full-fledged development of uniquely regional renewable resources. [see “An Energy Plan we Can Start Now,” Washington Post (August 25, 2009)]. It  would also more easily allow resources such as geothermal, which are concentrated in the western part of the US to be developed to meet the national requirements and, by virtue of its more broadly benefiting ratepayers, should also make it much more likely that the backbone transmission necessary to satisfy that RPS will actually be built.

6. Climate Change Law: Despite periodic flurries of activity, both at the beginning of the 111th Congress and by virtue of the recent climate change negotiations in Copenhagen, the prognosis for national climate change legislation remains highly uncertain. However, even the diminishing chorus of naysayers about the need for such legislation should agree that transparent environmental rules would help to resolve the extraordinary uncertainties surrounding the price of carbon, a resolution that would benefit both fossil-fueled generation and renewable resources like geothermal power (which have no combustion-based emissions). Indeed, the Environmental Protection Agency’s low-end estimate of allowance prices under the House passed climate change legislation (HR 2454) is $13 per metric ton of CO2 in 2015. [see “EPA Analysis of the American Clean Energy and Security Act of 2009” (June 23, 2009)]. Even this conservative assessment would translate into an emissions cost to be added to carbon-based power sources of $13 per MWh (on the assumption that such generation produces one ton of carbon per MWh of generation), thereby benefitting geothermal resources by comparison.

7. Solving Intermittency: Wind and solar power are “intermittent resources” (they are available only when the wind blows or the sun shines). No doubt, in some parts of the US they are available quite a bit. But geothermal and biomass, by contrast, are true baseload resources entitled to receive full value for their capacity. Their widespread availability would also permit regulators to consider “merged resource bids;” whereby, a proposed intermittent renewable resource could be coupled with a baseload renewable resource that could back up the intermittent resource when unavailable.

Conclusion
There is no great mystery to geothermal development. For more than half a century, it has proven to be a reliable, environmentally friendly source of moderately priced electricity. But tapping that resource’s largely unmet potential requires a more focused understanding of geothermal’s special attributes, and a more certain expectation by developers of reasonably predictable mechanisms to allow for capital formation. Once in place, such mechanisms will allow us to develop significant new domestic power supplies and to contribute to meaningful greenhouse gas reductions. 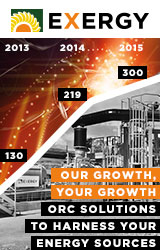 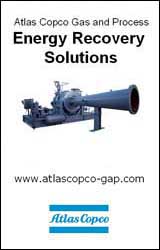