The Height of Safety

Being struck by falling objects is the fifth leading cause of industrial accidents, costing billions every year. The International Safety Equipment Association (ISEA) and American National Safety Institute (ANSI) worked with major tether manufacturers to develop the new ANSI/ISEA 121 manufacturing and performance standard for tethering tools and equipment used at heights.

It’s common for companies to have a knee-jerk reaction to drop incidents. Unfortunately, this usually results in potentially unsafe policies for at-heights work.

In order for a company-wide dropped object program to be successful, worker safety, productivity, and convenience must be part of the solution. The comprehensive ANSI/ISEA 121 Dropped Tool Standard is the result of the first major study to delve into this at-heights issue. Tool dropping was initially noted as a safety issue over 100 years ago. A New York Times article on August 2, 1903, described the ongoing construction of the Williamsburg Bridge: “Dozens of placards posted at various places on the bridge caution the iron workers to use great care in the handling of tools.” Ironically, the story cast more emphasis on losing valuable tools rather than injuring passengers on the boats passing beneath the bridge.

In the early stages of corporate tool tethering policies, dropped object practices were often an impulsive reaction to a specific fallen tool (i.e. a hammer is dropped and the project is shut down until all hammers are tethered). The subcontractors would then base their own dropped object policy on the principal company’s requirements (i.e. tether all hammers). As a result, many dropped objects programs targeted only one or two tools. The subcontractors and other short-term employees would purchase cheap tethers for a specific project and tool. These tethers were usually considered one-time-use, throwaway items - a behavior that persists today, adversely impacting safety and productivity.

Additionally, budgets for tethers remained tied to specific projects. Solutions consisted of giving every worker one or two tethers, with the suggestion that they connect their tools when they are by the leading edge. Or too many tethers were issued, which created confusion, frustration, entanglement problems and, eventually, lack of compliance. Either way, productivity and safety issues were not properly addressed.

Instead of solely relying on the principal company’s at-heights program, subcontractors should consider developing their own adjunct company-wide programs. Just like hammers and drills, tool-tethering systems are tools. Like all quality tools, their purchase should be based on the same criteria: quality, durability, ease of use, and increased convenience. Instead of buying disposable, low-cost tethering products that are thrown away after every job, choose well-designed, ergonomic tethers and lanyards that will increase productivity and last longer. Make them a permanent part of the company tool kit.

As well as being safer than disposable tethers, the new ANSI/ISEA-121 compatible tool tethers feature several convenience and productivity improvements. These include: quick-release tool interchangeability (so one tether can accommodate many tools); locking carabiners (to prevent accidental release); tethers that offer maximum but gentle retraction and extension length; a wide range of retractable tethers that increase safety by keeping tools close to the body (to avoid dangling tether accidents); and tethers that can be easily inspected for wear (for continued safe use). While safety conscious companies have taken more aggressive steps to reduce their dropped object incidents, their guidelines were often too broad. A hammer is a tool, but so are hardhats and tape measures, both of which can be dropped and cause injury and death (in one recent incident, a tape measure dropped from an upper story of a construction site, killing a worker below).

Principal companies are now saying they require 100 percent tool tethering. But what exactly does that mean? Does it mean just tethering heavier tools like hammers and drills? Or does it include ALL items like hardhats, tape measures, phones, tablets, and radios? The next question should be, “Is productivity a concern?” If not done properly, adding more tethers can negatively impact productivity and safety.

Another compliance challenge is when technicians believe they are tethering all of their tools, when they’re just tethering the heavier ones, or tools they may have dropped in the past, like hammers or spud wrenches. When smaller tools like screwdrivers or cell phones are not tethered, technicians risk dropping them from working heights, which can cause injury or death. It doesn’t have to be a choice between productivity and safety.

The bottom line is that principal companies often have no real road map regarding dropped objects. Too many subcontractors, when asked if they are adhering to the principal company’s 100 percent at-heights tethering policy, just roll their eyes.

Matching the correct tether with a specific tool or object starts with the item’s weight, then choosing a tether of the appropriate length for the item. The new ANSI/ISEA 121 Standard establishes minimum design, performance, and labeling requirements to use as a guide. This gives companies a more defined path for selecting the best and most appropriate tethers to mitigate drop hazards, while improving the productivity and convenience of their employees.

John Salentine is the co-founder and Vice President of Hammerhead Industries, which manufactures Gear Keeper. Gear Keeper is patented personal safety tethering equipment that includes retractable tethers and lanyards for tools, gear, and instruments. All of the company’s products are built in the USA. 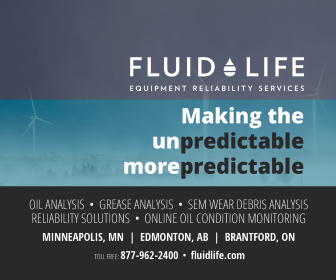