Improving the Performance and Reliability of Wind Turbines

Inside today’s high-performance wind turbines, where the locating bearing is subjected to particularly high loads, the rotor shaft bearing support is a vital component. These unique application conditions, combined with stringent reliability requirements and increasing incidents of failed bearings in the field, provided the impetus to optimize the spherical roller bearings that are used as wind turbine main shaft bearings.

This research resulted in the Asymmetric Spherical Roller Bearing (ASRB), which offers high wear resistance as well as considerably lower friction torque and operating temperatures than the conventional standard. As such, this innovation has the potential to significantly extend wind turbine reliability and operating performance.

The main shaft inside a wind turbine supports the main rotor hub and transmits rotational energy, in the form of torque, from the rotor hub to the gearbox. This application requires high reliability as well as robust resistance to the high loads generated by the rotor blades. Due to the high levels of thrust generated in this environment (see Fig. 1), conventional double-row symmetrical spherical roller main shaft support bearings used inside wind turbines experience uneven internal load distribution between the roller rows. This causes the rotor-side row to have lower load, while the gearbox-side row is potentially overloaded. Because of the low speed of the rotor shaft, only a minimal grease lubrication film is generated. This, in turn, produces a metal-to-metal running condition. The result: a high rate of surface wear, poor performance and, ultimately, premature bearing failure. 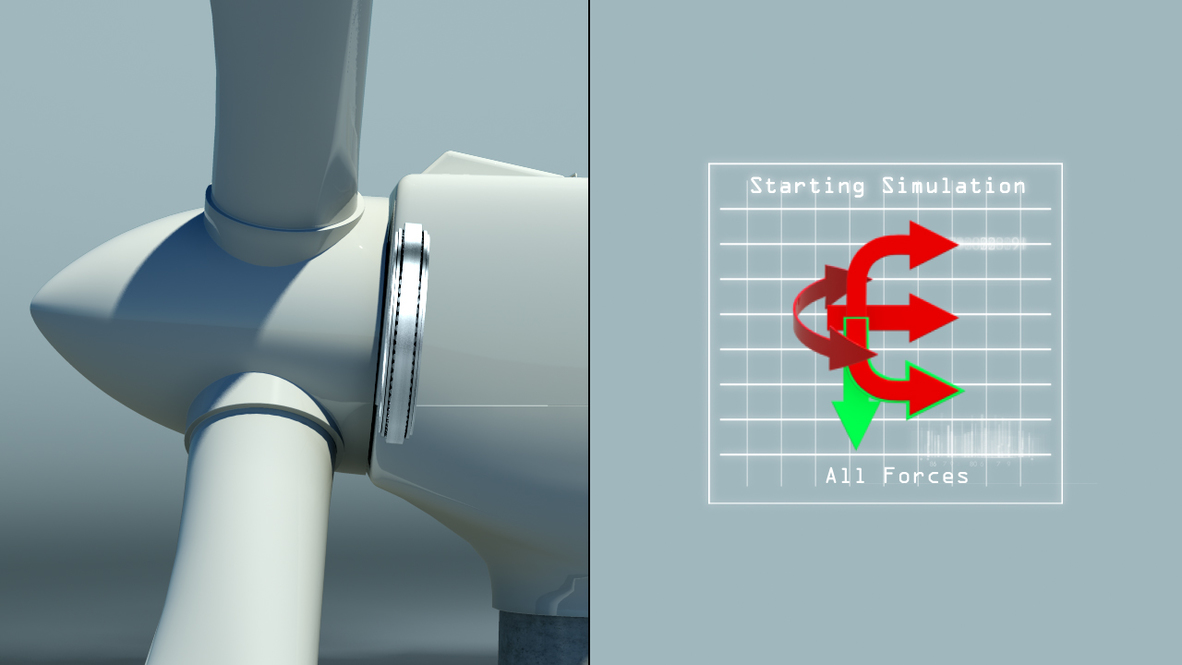 Following an extensive investigation of failed bearings, based on data obtained by analyzing the performance of approximately 10,000 wind turbines located throughout the world, it was noted that a significant percentage of failures occurred mostly in locating bearings of the 3-point as well as 4-point support rotor shaft systems. Both of these shaft systems are fitted with standard spherical roller bearings designs that feature two rows of symmetrical barrel rollers. Most of the damage was found to be concentrated internally on the axially loaded row (downwind) of the locating bearings. The damage, observed primarily at the surface level, is classified in accordance with ISO15243 as either fatigue occurring near the surface (surface distress) or abrasive wear.

As noted above, abrasive wear in wind turbine main bearings operating under random conditions is already a widely recognized problem. This type of damage is primarily caused by varying shaft speed and loads that can lead to a very thin or nonexistent lubricating film. If the separating lubricant film between the roller and raceways surfaces is allowed to degrade, micropitting, smearing and, eventually, extensive damage (spalling) at surface levels will be the result.

The first step in addressing these issues was to develop and validate a lubricant formulated with the proper load-carrying properties for a variety of operating conditions, including low shaft speeds and extreme loads. Beyond merely improving the lubrication conditions, however, a strong emphasis was placed on optimizing the design of existing standard bearings with enhancements, such as extremely strict surface finish limits and special coatings on the rollers.

To that end, a metal-containing hydrogenous amorphous carbon coating optimized the standard bearing design by offering a high level of protection against abrasive and adhesive wear (see Fig. 2). Due to its highly ductile coating structure, this coating can withstand the high contact pressures that routinely occur in rolling bearing applications. As a result, the coated rollers significantly reduce sliding friction and minimize sliding-induced damage. To further mitigate the potential for sliding, these upgraded bearings utilize a two-piece brass cage that enables each roller row to rotate independently. 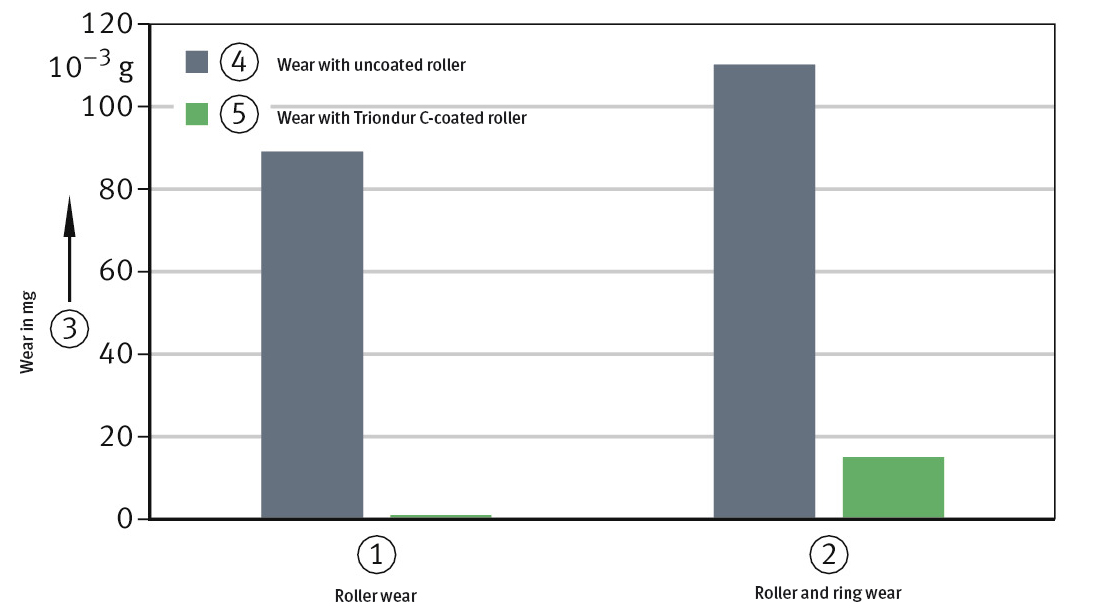 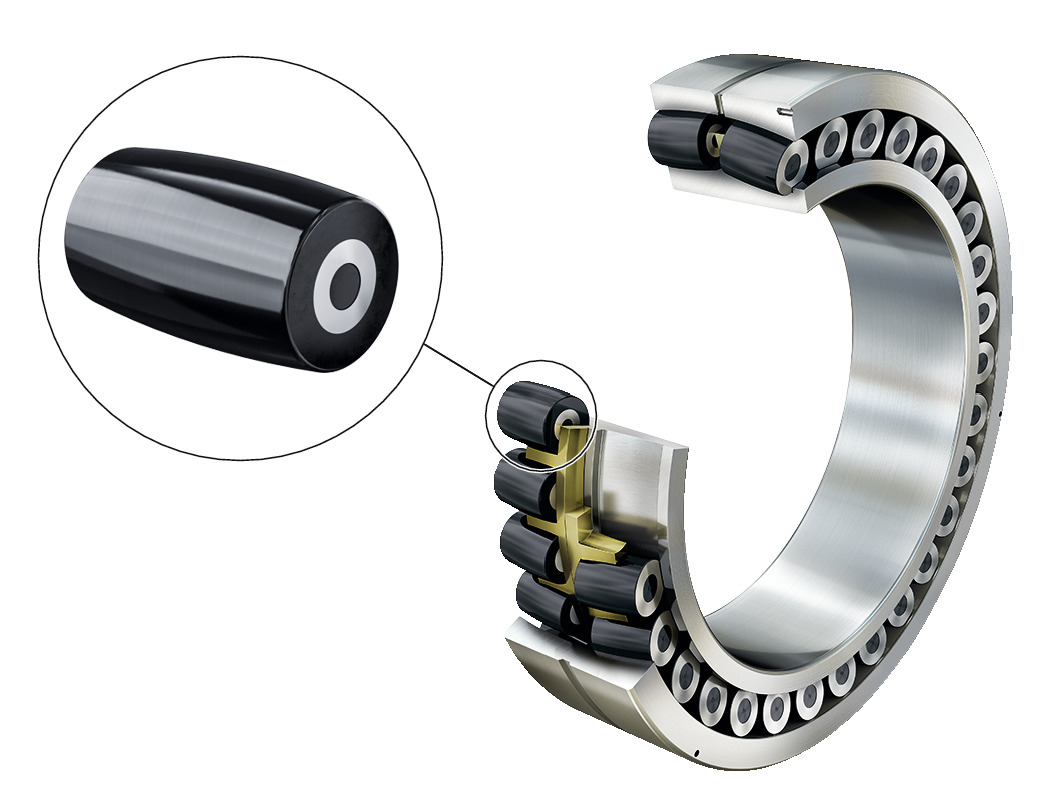 Beyond merely optimizing the conventional bearing design currently used in most wind turbines, however, the goal was to provide a bearing solution that would be able to perform under high-thrust loads while still maintaining its excellent misalignment characteristics. To that end, an entirely new bearing design for main shaft bearings in wind turbines was created: the asymmetric spherical roller bearing. The term asymmetric refers to the bearing’s different contact angles, which serve to improve the load distribution between both bearing rows, reduce the contact pressure and friction torque, and increase axial stiffness by approximately 50 percent. Moreover, this unique design prevents roller-to-raceway contact stress peaks from developing as a result of the periodic bending of the rotor shaft during operation, or accuracy errors that arise from the initial assembly inside the wind turbine’s nacelle.

The operating principle behind the asymmetric spherical roller bearing is as follows: While the rotor side of the bearing is designed to carry the normal radial load present in the application, the gearbox side of the bearing is optimized with an increased contact angle to accommodate the high thrust. During operation, the potentially damaging thrust is safely transferred through the bearing and transmitted to the housing support (see Fig. 4). The innovative asymmetric design ensures a more even internal load distribution, which provides improved rolling motion while minimizing sliding. The result: less torque, less friction and less heat. Plus, the axial displacement of the bearing is also reduced. 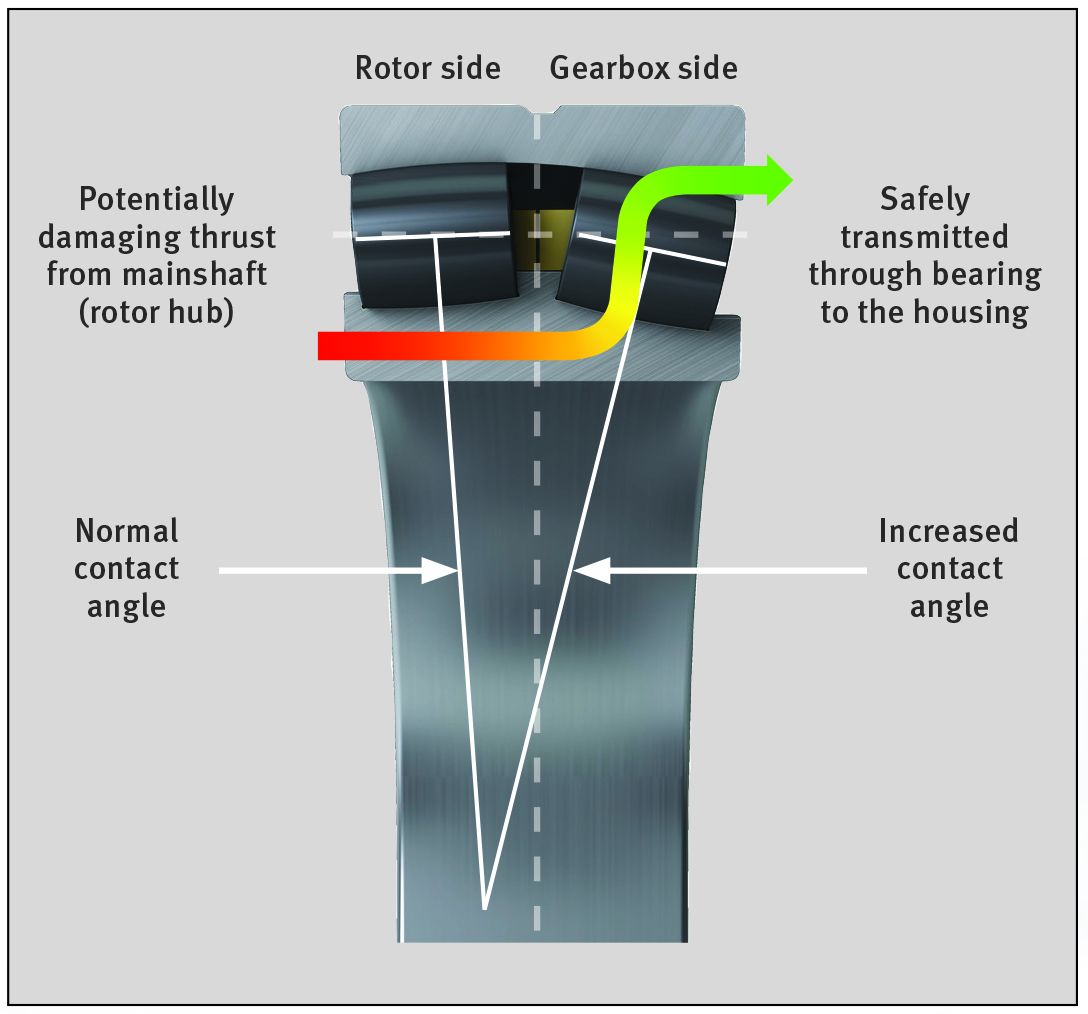 Figure 4: Cross section of an ASRB showing the load transfer

The result of this innovation is an improvement of overall system efficiency, which allows the wind turbine to generate more power with significantly improved reliability and wind owners to breathe a sigh of relief!