The University at Albany (UAlbany) and the New York Power Authority (NYPA) announced that construction has begun on an approximately 1.8 megawatt (MW) solar project that will cover nearly all the campus' available Academic Podium roof space and supply 60 percent of the estimated electricity used by the new ETEC building, helping the structure achieve LEED-Platinum certification. The project will support environmental sustainability, integrate more renewable energy resources and provide long-term financial savings for the university.

"As part of our Climate Action and Sustainability Plan, the University at Albany has committed to an ambitious goal of reducing our carbon footprint by 40 percent by 2030," said UAlbany President HavidÃ¡n RodrÃ­guez. "That is why we are proud to partner with the New York Power Authority on this solar project - which will help us reach our goals and mitigate the impact of climate change."

Construction has started on the Fine Arts Building and seven of the roofs of the Academic Podium, which consists of academic and administrative buildings around a large open courtyard with two fountains. The Academic Podium solar PV project is one of the many projects in the comprehensive Energy Master Plan that UAlbany is implementing to significantly reduce its energy and carbon footprint.

Gil C. Quiniones, NYPA's president and CEO said, "The University at Albany is a proven leader in environmental sustainability that serves as a model for other colleges and universities. This unique Podium rooftop project will showcase a creative solar solution that will make a state-of-the-art building even more sustainable while addressing climate change and moving our state closer to achieving its ambitious clean energy goals."

The new systems will provide for the electricity needs of the $180 million ETEC building  expected to open this summer. Designed as a hub for innovation, scholarship, applied research and commercial development, ETEC will foster cross-disciplinary collaborations to confront complex problems. Inside, students, faculty and researchers work hand-in-hand with entrepreneurs to translate new knowledge into creative solutions that fuel economic growth and create jobs in key industries such as emergency preparedness, climate, weather and resiliency.

The benefits will help the ETEC building achieve a Platinum LEED certification, the highest LEED rating for sustainable design. Several other campus buildings have already received LEED certification including the Platinum designation.

The project supports the SUNY Clean Energy Roadmap - announced in 2019 by SUNY in partnership with New York State's energy agencies - to accelerate progress toward New York State's goal to procure 70 percent of New York's electricity from renewable energy by 2030 and to transition to a carbon-free power grid by 2040. Aligned with this roadmap to move to clean energy at the SUNY system's 64 campuses, UAlbany has partnered with NYPA, which is serving as its energy advisor, to incorporate clean renewable energy resources on its campus. Solar Liberty, one of the largest solar electric installers in New York State, has designed and will construct the project.

"With our installation of a solar array atop the Social Sciences Building in 2011, Solar Liberty is honored to be a 10-year partner with SUNY Albany. We are incredibly excited to further our relationship with the installation of a large-scale rooftop array designed for the Life Sciences Research Building and Academic Podium." said Nathan Rizzo, Solar Liberty vice president. "SUNY continues to be a beacon for university systems across the nation through the utilization of solar energy, and the scope of this project significantly furthers this effort."

The project will be hosted by the campus, and UAlbany will purchase all electricity and Renewable Energy Credits produced through a power purchase agreement. The 4,783-panel system will provide about 2.3 gigawatt hours of energy. In the first year, it will offset more than 3.6 million pounds of carbon dioxide, which is equivalent to the carbon dioxide emissions from 1.8 million pounds of coal burned. 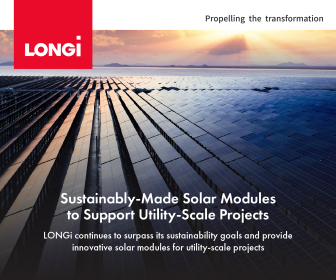