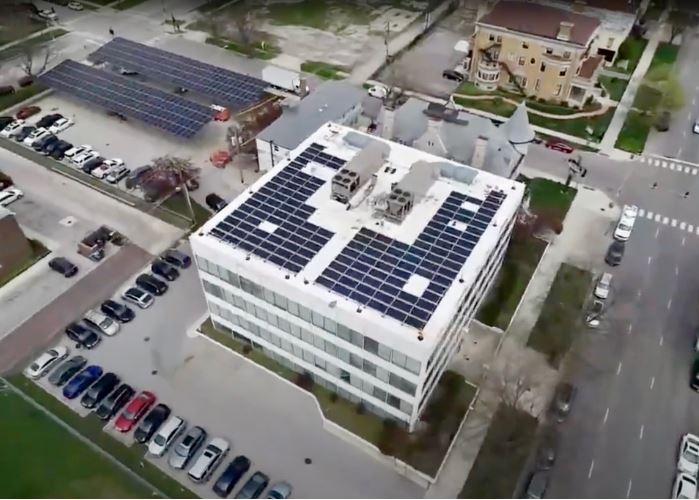 "We are excited about what this means for environmental justice across our communities in Chicago," says project lead Andrew Wells, vice president of the Workforce Development Center at the Chicago Urban League. "Our project is bringing greater awareness, inclusion, and access to the clean energy economy for the people of the South Side."

The solar system highlights the Chicago Urban League's commitment to advancing the community's access to renewable energy. In 2017, the League launched two training programs in solar installation and PV sales through its Workforce Development Center program with solar incentives from Illinois For All. Its annual cohort of 75 trainees has access to renewable energy job fairs, held in partnership with organizations such as the Illinois Solar Energy Association, the Solar Energy Industries Association, and the Coalition for Community Solar Access.

"We are honored to have played a part in such a monumental project," says Terrasmart President Ed McKiernan. "Not only is this the largest PV commercial installation in the city of Chicago, but it's an important milestone in providing more equitable access to the solar economy. Terrasmart is proud to have partnered with the Chicago Urban League and Renewable Energy Evolution."

"Terrasmart went above and beyond on this milestone project," says Brian Maillet, founder and CEO of Renewable Energy Evolution. "Their help in engineering, design, permitting and implementation of the city's largest solar carport system was critical to the success of the project."

Wells and his team are adding two electric vehicle charging stations to the current system. He is also planning a new community solar farm to serve renters who want to lower their electricity bills.