The largest solar energy project in northern Canada is at Old Crow, a community located 800 kilometers (about 500 miles) north of Whitehorse, the capital of the Yukon. Moreover, this project is the first renewable energy project of its kind in this territory. By installing 900kW of solar panels and 350kW of battery storage, this indigenous community has increased its energy self-sufficiency and considerably reduced its diesel fuel consumption and greenhouse gas emissions. 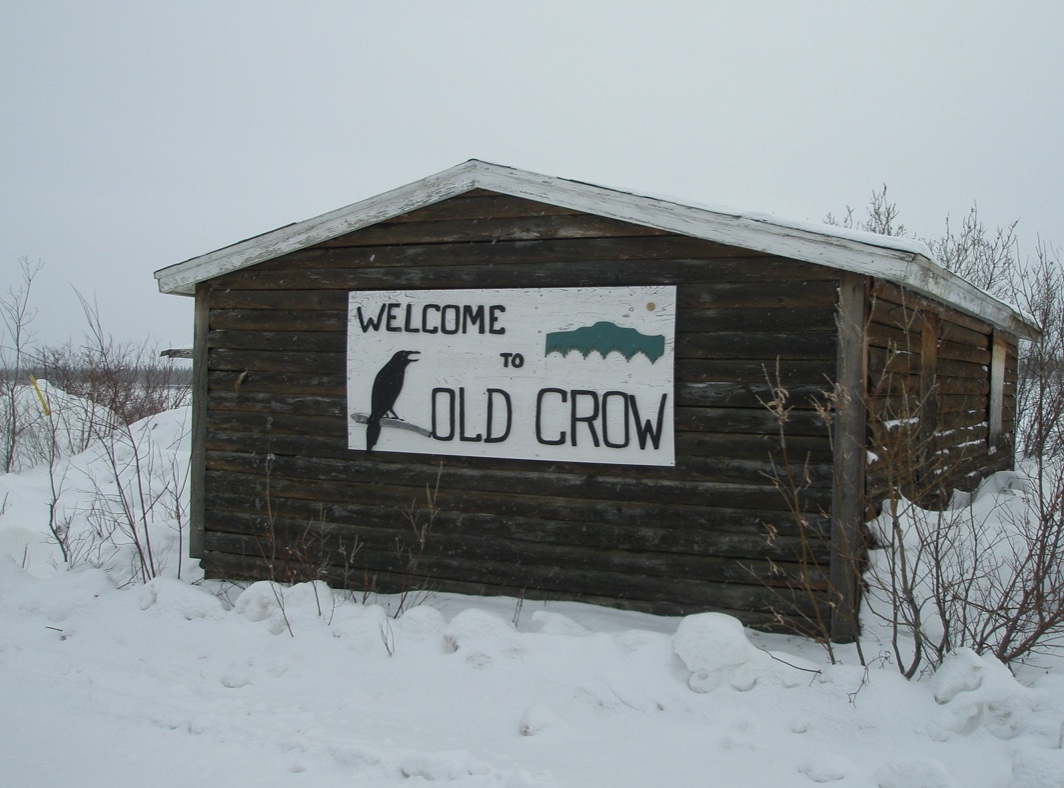 This 450kW solar project is designed so that it is integrated with the existing diesel generators and will enable the community to rely solely on solar energy during the long periods of sunshine in the summer.  A battery storage system has been integrated into the solar energy system to resolve the issue of energy availability when sunlight is no longer available. The project has reduced the community's dependence on diesel fuel (190,000 litres annually). The companies that designed and engineered this system relied on the Vuntut Gwitchin First Nation community for its knowledge of the permafrost. The project is designed in a way that uses insulation, drain tiles, and welding procedures to prevent heat and water from entering the ground.

Old Crow is located over 100 kilometers north of the Arctic Circle. In the northern hemisphere, the sun typically sets towards the south. Above the Arctic Circle, the sun does not set but instead circles the sky throughout the day in the summer, setting towards the north in the spring and fall. As a result, the solar project is designed so that the solar panels are positioned in a back-to-back formation to optimize space, facing east and west to maximize the summer's sunlight, and angled vertically to prevent snow build up.

This solar project is expected to generate nearly $400,000 annually net of financing costs. The Vuntut Gwitchin intends to reinvest this revenue into their community, including in other renewable energy projects such as wind and biomass. By being the first to embark on this type of solar energy venture, the Vuntut Gwitchin is paving the way for energy alternatives for other First Nations communities interested in becoming more independent of diesel energy. Over 170 remote aboriginal communities in Canada still rely on diesel as their energy source. The transport of diesel, either by truck, barge or (as in the case of Old Crow) by plane, is expensive and contributes to greenhouse gas emissions. 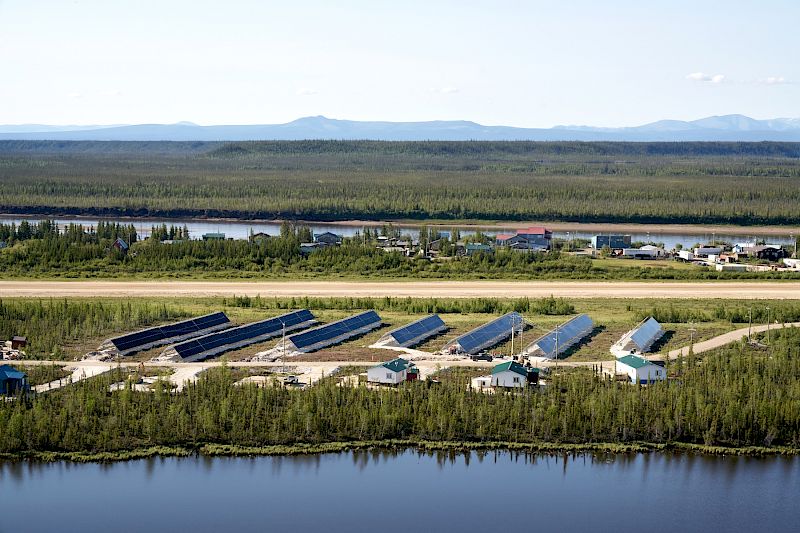 The solar park in Old Crow is located in an area used by the indigenous community to gather berries. In response to suggestions by the community, areas on the site have been set aside to grow native plants that grew in the area prior to construction. In addition, instead of resorting to the usual practice of enclosing solar panel projects with fences to prevent access, the site is completely open, with the electrical wiring protected inside the tent structures formed by the solar panels. This allows community members easy access to freely gather berries when they are in season.

The Vuntut Gwitchin First Nation coordinated with the area utility to develop an Electricity Purchase Agreement, which can be viewed as an effective model for future energy projects with respect to utilities sector and community collaboration. The Vuntut Gwitchin will serve as the Independent Power Producer, owner and operator of the solar facility, while the utility will purchase the solar electricity generated for the next 25 years, feed it into the grid and redistribute to the community.

Beverly Brooks, MA MBA, worked for five federal departments in Ottawa including the Department of Finance, where she was responsible for economic development issues in northern Canada. Beverly is now the President of Brooks Communications, a company which develops and implements investor and media relations strategies for private sector companies. She can be reached at brooks.communications@rogers.com