Overcoming Terrain Challenges and the Ecological Effects in the U.S.

By Kayla Harris-Haag and Jonathan Moss

As the third-largest country globally, the United States' terrain varies from one coastline to the next. Of the 1.9 billion acres of land in the continental United States, only 18 percent is considered plains or flat land, where ground mount arrays perform at peak efficiency. Even with a fifth of the U.S. being the most optimal land for ground-mounted arrays, most of this land is unusable farmland or unprotected forests. This leaves more undulating or mountainous terrain for solar developers to acquire for projects. When developing a solar project, racking providers must consider the ecological effects, landscape, and subsurface. To overcome site challenges, racking providers also have to consider terrain challenges and acquire accurate site surveys. With this information, ground-mount arrays can easily be installed to achieve optimal performance. 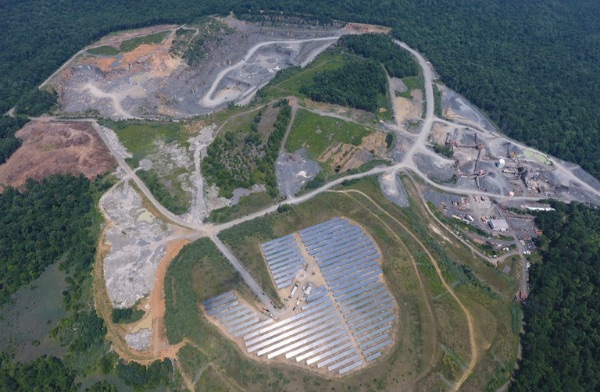 A project destined for success contains the following:

While compensating for unlevel ground, these characteristics of a racking system make solar projects on unpredictable terrain possible. 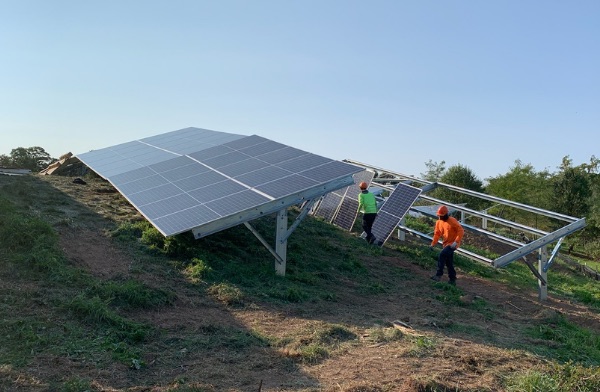 The desired result of any ground mount site is a quality appearance that also optimizes energy output without unnecessary costs or environmental effects. One of the factors associated with many ground-mounted systems is site grading. Unfortunately, site grading can unintentionally remove native plant and animal species through ground disturbance or erosion, as well as raise the project's costs with extra steps and equipment. Extensive grading for a construction site can be detrimental to the surrounding environment; potential ecological impacts should be considered during site planning. One of the ways that many developers keep an environmental ethicality is by procuring a system that follows the contour of the site with no extensive grading.

Determining whether grading or any other groundwork is necessary can be resolved early in project development by acquiring accurate site surveys. A reliable site survey must be completed to obtain accurate data about land characteristics and assure an efficient project timeline. In addition, the topographical data gathered from the project location gives the developers and engineers the necessary information to secure the most efficient racking system possible. With today's technology and environmental concerns, racking systems are designed to fit the site, not the other way around. Many racking providers must consider one price factor: steel costs, especially since the coronavirus pandemic. Despite the rising costs of steel, many developers say that paying extra for more post length is still a better option than paying for site grading, especially given the potential ecological impact.

Whether through materials or services, the ethics of how suppliers advise their customers is a much-debated topic in the solar industry. The goal of achieving the greatest profits seem to supersede all other factors that the racking design can directly impact. Choosing a racking provider that can tackle challenging terrain without causing significant harm to the natural environment is the best choice for solar developers.