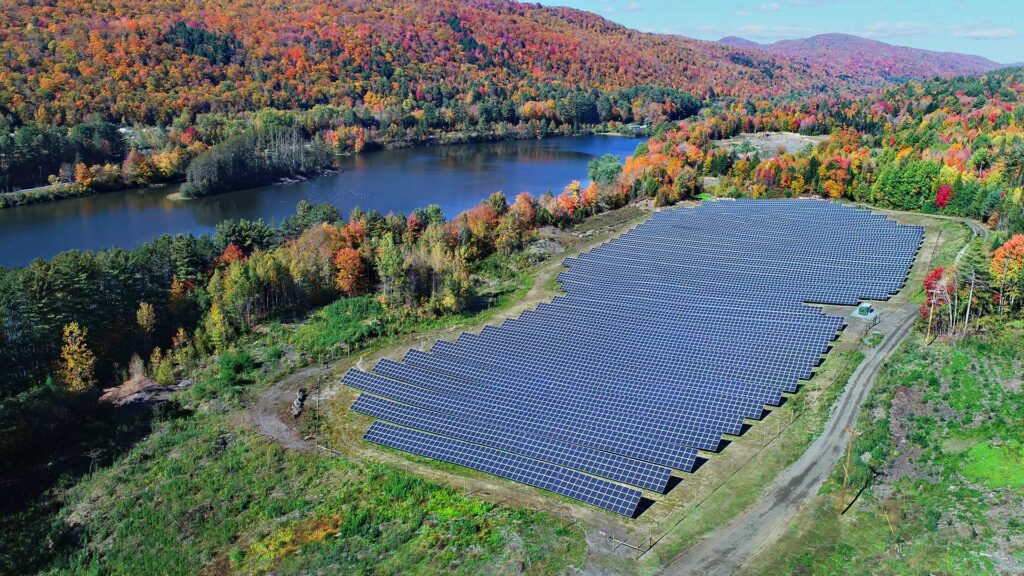 "This new solar array on an underutilized gravel pit will bring tremendous value to Hardwick Electric customers," said Hardwick Electric Department General Manager, Michael Sullivan. "Delivering renewable, reliable, and most of all affordable electricity to our customers is paramount and our community can feel confident knowing that Hardwick Electric has invested in cost-effective solar energy."

The project site, owned by Hardwick Electric Department, has recently gone unused. Consistent with Encore's promise at the end of 2020, construction of the solar array includes pollinator-friendly ground cover to support vital habitat for bees, butterflies, hummingbirds, moths, and other insects while improving soil quality and increasing carbon sequestration.

"Municipal utilities like Hardwick Electric are responding to their customers' desires for more sources of clean energy and are leading the energy transition here in Vermont," said Chad Farrell, CEO and Founder of Encore Renewable Energy. "This new array is a prime example of solar delivering triple bottom line value by converting a former town-owned gravel pit into an income-generating asset for the Town of Hardwick and its municipal electric customers."

This is the fourth solar array to come online since the partnership between Encore Renewable Energy and Vermont Public Power Supply Authority (VPPSA) partnership formed in 2018. Under the partnership, Encore will construct approximately 10 MW of solar capacity across VPPSA member utility territories and VPPSA will manage the electric generation, maximizing its value and moving Vermont closer to its commitment of 90% renewable energy by 2050.