What truly is waste?

Whether we realize it or not, the answer to this question impacts our day-to-day lives and increasingly shapes our economic and environmental futures. It also has everything to do with linear vs. circular economies.

Take, make, waste-that's the crux of a linear economy.[1] We take resources from the earth. We make stuff, use it for a while, then throw it away. And when we replace that stuff, the take-make-waste system perpetuates. Thus, the linear economy model packs a one-two punch to American economic prosperity and environmental health. 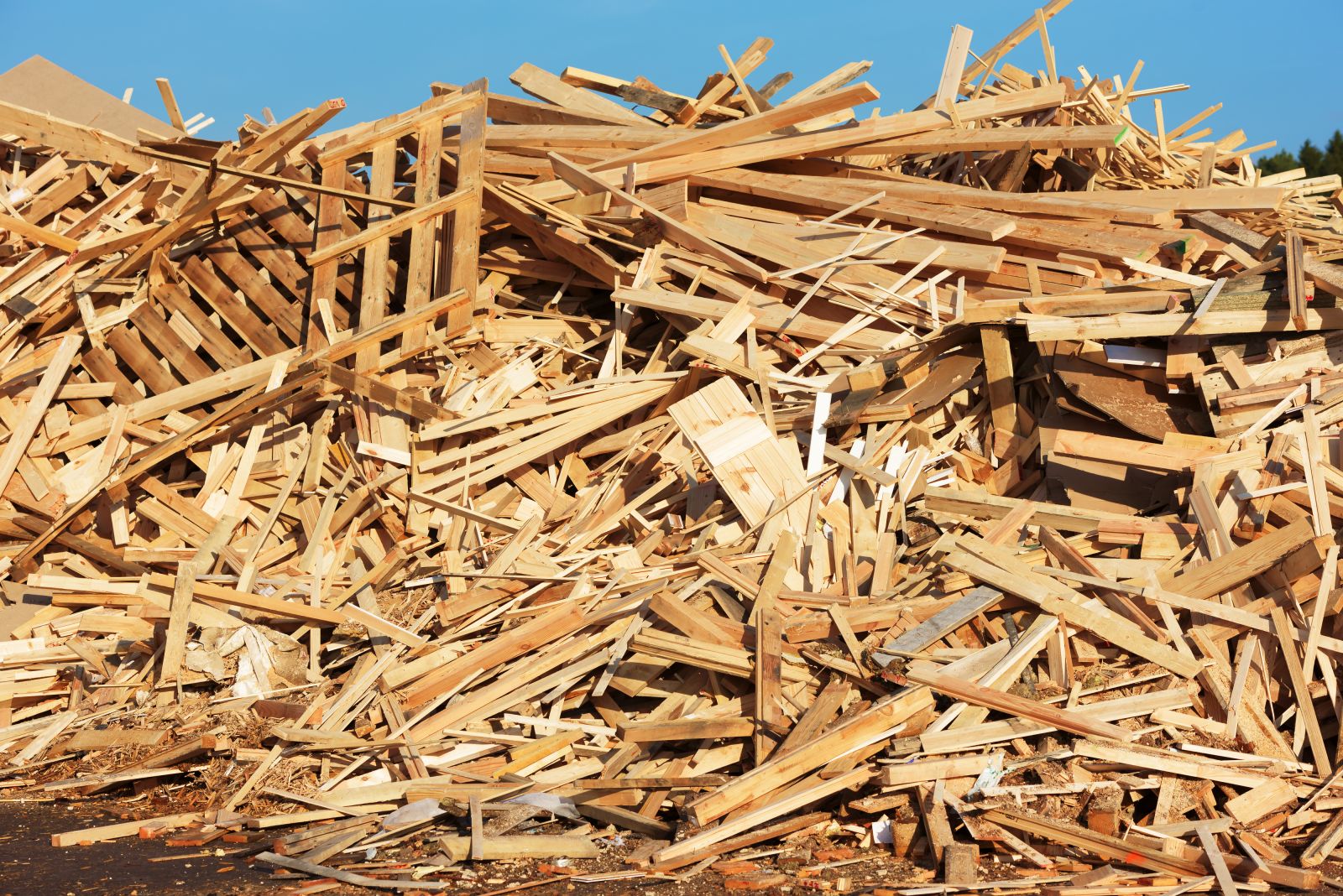 Consider, for example, the linear life of a single-use product in a single sector: wood pallets used by the solar industry. In 2020 alone, an estimated 1,580,000 wood pallets were used to ship solar PV modules in the United States. That same year, the linear economy of wood pallets used for solar shipping resulted in 60 million pounds of wood waste in U.S. dump sites.

But that isn't the whole picture. A lot more happens between forest and landfill.

Nearly every phase of a wood pallet's life cycle creates waste and negatively impacts the environment. This includes the heavy machinery used in sawmilling, toxic chemicals used to treat and adhere the wood, and the many stages of transportation discharging greenhouse gasses (GHG) and other emissions.[2] Some of these chemicals, such as methyl bromide, are known to be toxic to humans, and believed by scientists to break down the Earth's ozone layer.[3] 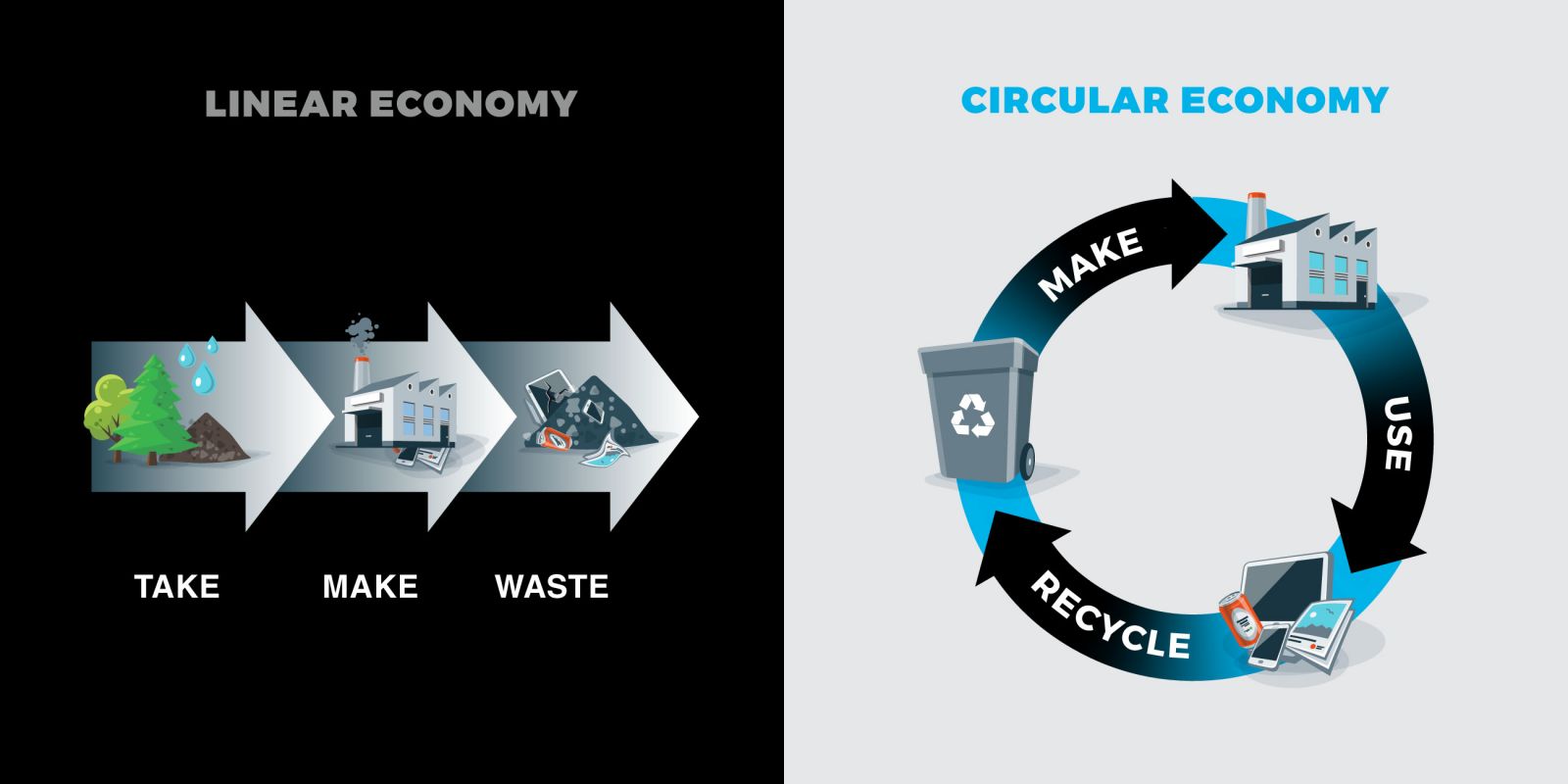 A linear economy devalues our increasingly limited natural resources to profit off waste.[5] In fact, the linear economy model very successfully yielded economic growth throughout the 20th century[6]-unsurprising, perhaps, given that Americans throw away 4.5 pounds of trash per person, per day.[7]

(In case you're curious: at this rate, the U.S. will collectively run out of currently active landfill space in just over 60 years. Some states will actually run out in the next 5 years.[8])

From an environmental, not to mention quality-of-life, standpoint, it's easy to see how this is untenable. Experts, too, are beginning to recognize the unsustainability of a linear economy itself.[9]

With our rapid population growth, we're destroying the ecosystems on which businesses and society depend. While we're at it, our throwaway culture is depleting and degrading Earth's bank of natural resources at an accelerated rate -the same natural resources needed to sustain a linear economy.[10]

We're burying them in landfills. 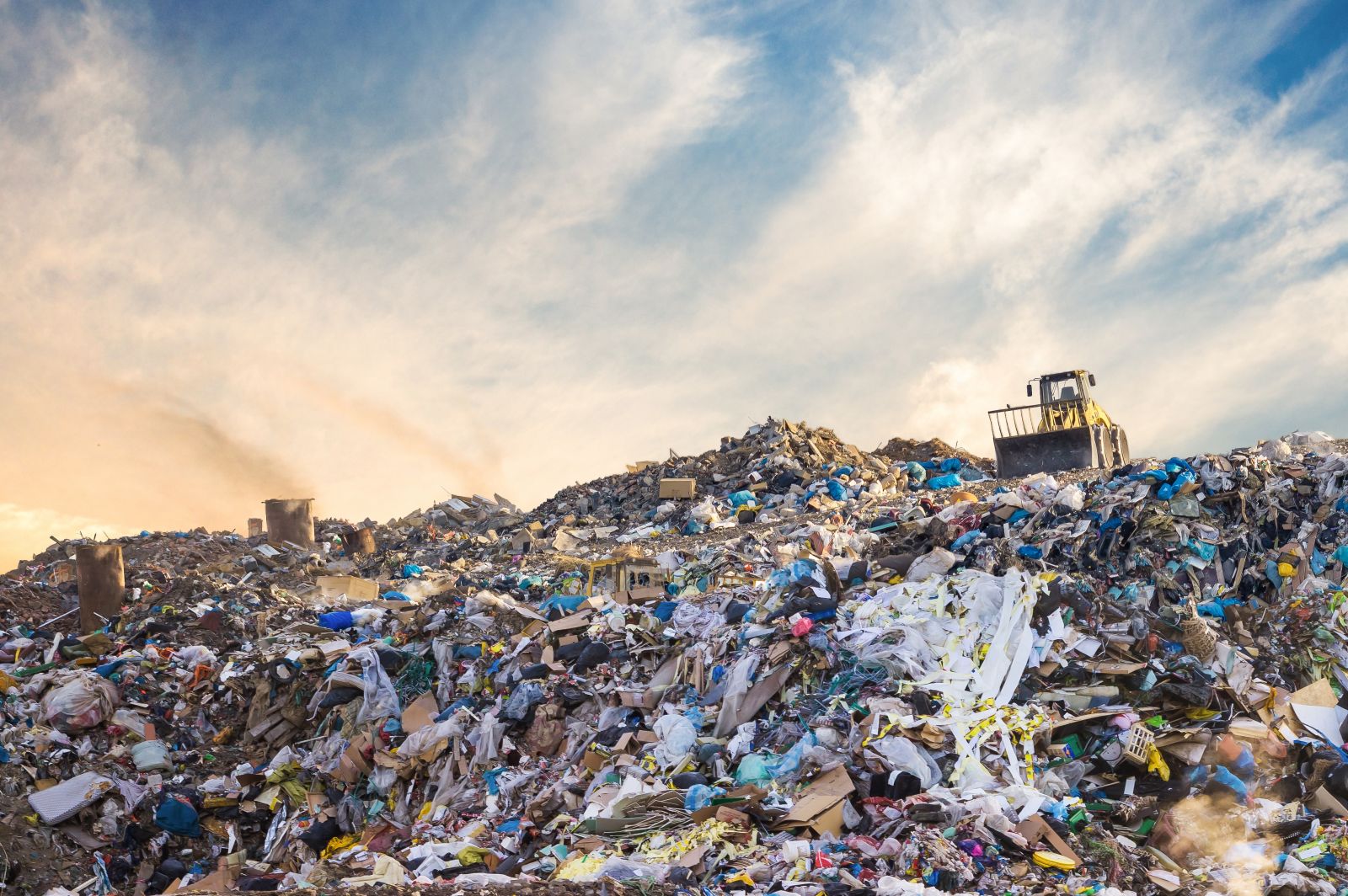 By contrast, a circular economy recognizes the value in our ever-diminishing natural resources. Circular economic practices intentionally design waste out of the picture, preferring to keep these resources in use for as long as possible, optimizing value before recovering and regenerating them at the end of a useful life.[11], [12]

To this end, a circular economy understands that one company's discarded material is often another company's ideal input material.[13] Encouraging cross-sector purchase or trade of surplus materials such as plastics, packaging, and construction materials converts "waste" into cost savings and additional income for large and small businesses alike.[14]In these scenarios, one company's trash truly is another's treasure.

What's more, the circular economy model mimics patterns found in nature, where there is no such thing as "waste."[15] It ensures the possibility of economic growth despite resource constraints, potentially creating hundreds of thousands of jobs and generating millions in economic value while restoring the ecosystems and natural capital on which global societies depend.[16] It's a clean, efficient system with real-world impacts.

In other words, a circular economy just makes sense-especially for industries built on the principles of sustainability and green living. Like the solar industry.

With its push for renewable resources and clean energy, the solar industry should be pioneering circular economic practices at every opportunity, not dumping millions of pounds of wood waste into landfills. We should be the first industry to proactively engineer waste out of our production, installation, and shipping practices. When discarded material is unavoidable, we should steward that material as a useable resource into its next life.

Because ultimately, the real difference between linear and circular economies is a question of vision and value: what truly is waste? Simply put, waste is opportunity. Waste is value. It's a path toward positive change.

Philip Alex Schwarz is the Co-founder and CEO of PVpallet, Inc. ­ ­ Made from recycled HDPE, PVpallet is the solar industry's first reusable, recyclable, collapsible pallet solution specifically designed for solar modules. PVpallet's mission is intensely focused on a circular economy and aims to eliminate the massive amounts of packaging and shipping waste generated throughout the renewable power industry every year.

Philip has dedicated his career to sustainability, with over 15 years of engineering, development, consulting, and EPC experience across numerous renewable energy technologies including solar PV, battery storage, solar thermal, renewable natural gas, and ethanol. He has worked on over 7 GW of solar PV projects both domestically and globally. Philip has an MBA from Arizona State University, a BS in Mechanical Engineering from the University of Missouri-Columbia, and is a professionally licensed engineer in the State of Arizona.

[1] What is the Circular Economy? https://http://www.greenamerica.org/consume-less-live-more/what-circular-economy

[3] "The Impact of Wood Pallet Waste on Earth's Landfills" (plasticpalletpros.com)

[4] "The Impact of Wood Pallet Waste on Earth's Landfills" (plasticpalletpros.com).

[5] What is the Circular Economy? https://http://www.greenamerica.org/consume-less-live-more/what-circular-economy

[6] Achieving a Circular Economy: How the Private Sector is Reimagining the Future of Business https://www.uschamberfoundation.org/sites/default/files/Circular%20Economy%20Best%20Practices.pdf

[9] Achieving a Circular Economy: How the Private Sector is Reimagining the Future of Business https://www.uschamberfoundation.org/sites/default/files/Circular%20Economy%20Best%20Practices.pdf

[10] Achieving a Circular Economy: How the Private Sector is Reimagining the Future of Business https://www.uschamberfoundation.org/sites/default/files/Circular%20Economy%20Best%20Practices.pdf

[11] What is a Circular Economy?  https://ellenmacarthurfoundation.org/topics/circular-economy-introduction/overview

[12] Achieving a Circular Economy: How the Private Sector is Reimagining the Future of Business https://www.uschamberfoundation.org/sites/default/files/Circular%20Economy%20Best%20Practices.pdf

[15] What is the Circular Economy? https://http://www.greenamerica.org/consume-less-live-more/what-circular-economy

[16] Achieving a Circular Economy: How the Private Sector is Reimagining the Future of Business https://www.uschamberfoundation.org/sites/default/files/Circular%20Economy%20Best%20Practices.pdf