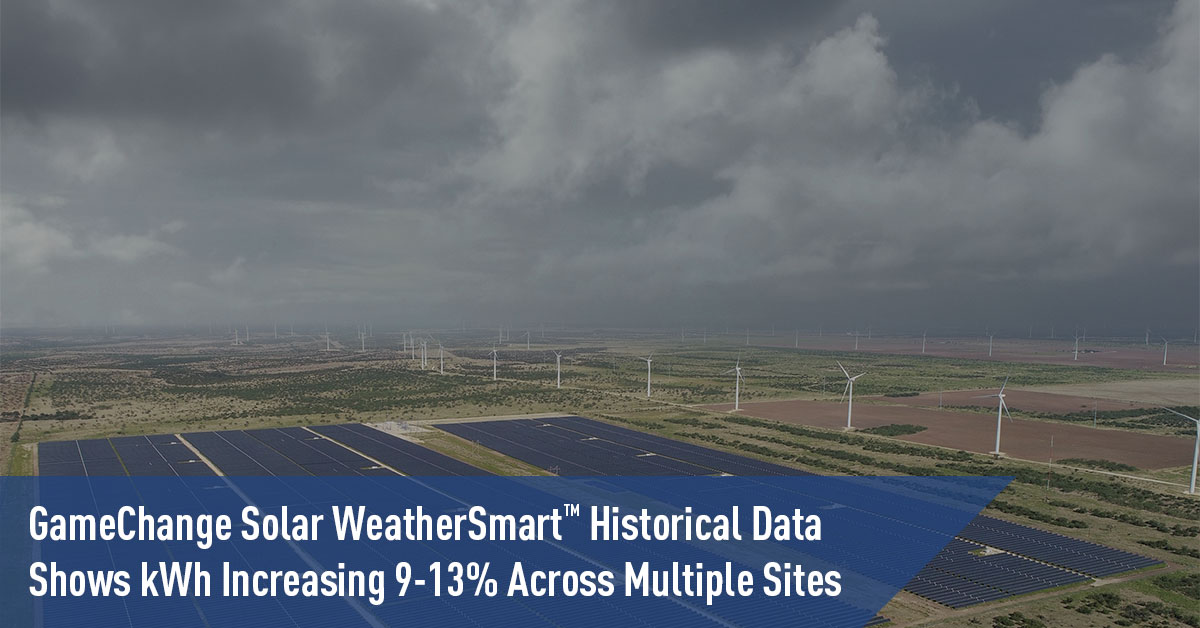 Keith Caskey, Lead Solar Tracker Engineer at GameChange Solar, stated: “WeatherSmart is a clever method of harnessing the diffuse light on cloudy days to substantially increase energy yield. It has been gratifying to see that the implementation of our algorithm has proven out in significantly increased energy generation for power plant owners that are taking advantage of this important technological breakthrough by GameChange Solar.”