Can flexible, sustainable and reliable solutions today pave the path to a renewable energy future?

California's ambitious renewable energy goals have made them a national and global leader in the race to accelerate decarbonization. The Golden State's goals include reaching 100 percent clean energy by 2045. However, decarbonizing the power sector requires a combination of innovation, agility, and ongoing commitment to decrease emissions and reduce costs. These aspirational goals require research, state-of-the-art power system modelling, collaboration, and innovation to improve processes and policies.

When California's blackouts took place in August 2020, the opportunity to learn from this crisis gained national and global interest as policymakers and industry leaders tried to determine what happened. This crisis became a case study to not only determine what happened, but how instability and unreliability in the power grids can be avoided in the future.

In January of this year, California's regulators released their final report, which explained how a historic heat wave pushed electricity demand past energy supply. The overburdened grid pushed the state into a stage 3 electrical emergency, forcing hundreds of thousands of Californians to lose power.

During the blackouts, all power plants that California could operate - including thermal - were running. What does that tell us?

It tells us California needs to have an adequate quantity of flexible power plants that can run on natural gas and, in the future, renewable fuels (hydrogen or carbon neutral, synthetic methane). These power plants act as long-term electricity storage (days to weeks, even seasonal shifting of solar power from summer to winter) by utilizing renewable fuels stored in existing underground gas storages. Having such firm generation capacity available will allow California to ride through periods of high demand and simultaneous low solar and wind generation, even during drought years-- while producing zero carbon emissions and allowing maximum utilization of renewable energy in all weather circumstances.

In February, a polar vortex sent Texas into a widespread blackout that left millions without power. In both Texas and California, the blackouts reveal the need for updated policy and planning based on chronological and detailed power system expansion modelling, using supercomputers.

The Texas emergency event revealed the need to have adequate, dispatchable (firm) power available for unusual weather events that are expected to increase in frequency due to climate change. Such capacity can be installed now provided that it can later be converted to use renewable fuels such as hydrogen or carbon-neutral methane, methanol or ammonia

In order to reach 100 percent clean energy in California, the state needs to retire its old and inefficient fossil power plants that cannot balance the variability of solar and wind power (due to their incapability to go offline and restart in a reasonable time).  An optimal plan includes replacing these plants with renewables, traditional energy storage, and strategic amounts of flexible, efficient gas plants capable of converting fully to renewable fuels in the future.

Modelling several scenarios to research the optimal "Path to 100% Renewables for California," illustrates that decarbonization is possible, practical, and economically viable.  The optimal path to sustainability, reliability, and affordability involves: 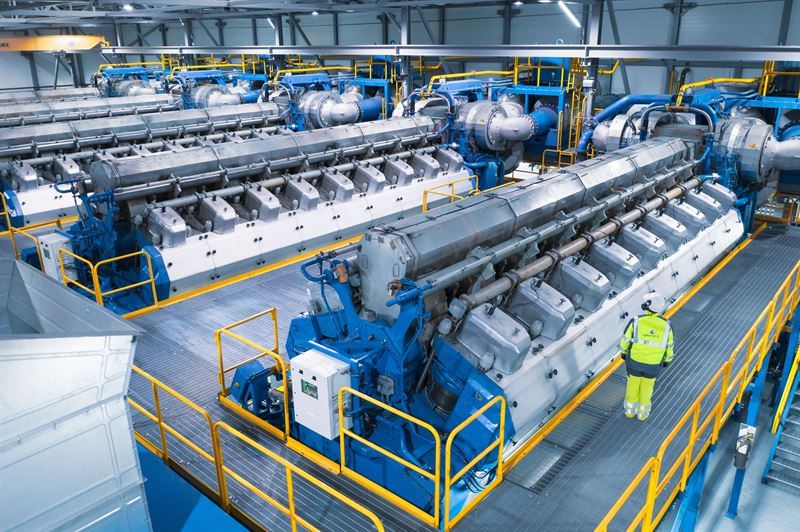 Decarbonizing to meet ambitious renewable energy goals, while minimizing land use, emissions, and cots, will require new approaches and ways of thinking. One promising approach is power-to-gas (PtG) technology.

Flexible plants have an important role to play in enabling rapid reduction of carbon, because this technology makes it possible to increase renewables rapidly without growing curtailment problems. These plants can turn "on" and "off" several times per day, seamlessly complementing variable wind and solar generation without burning fossil fuels unnecessarily. Converting these plants to operate on renewable fuels - when available - will complete the Californian decarbonization transition making 100 percent clean electricity realistic, affordable, and reliable.

It is important to note that having gas power plants running on renewable fuels in the capacity mix as the seasonal storage enables major reduction of battery storage and solar capacities, which will save both money and land.

The ongoing crisis has emphasized the need to focus on solutions that can be deployed today without dramatically increasing the cost of electricity. Rather than an either/or situation, California can choose both by continuing the state's deployment of solar plus storage and updating its clean electricity mandates to formally recognize thermal power plants running on renewable fuels - including methane and hydrogen produced with excess solar and wind energy - as renewable and net-zero-carbon generation. By deploying optimal amounts of solar, wind, battery storage, and fast-start, flexible thermal generation, California can retire all of its once-through-cooling power plants by 2023, run on 100 percent clean electricity by 2040, all while saving land and money in the course of building a renewable energy future. 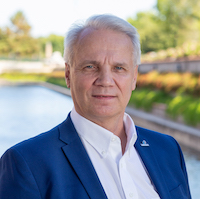 Jussi Heikkinen is the Director, Growth & Development at WÃ¤rtsilÃ¤'s Energy Business for WÃ¤rtsilÃ¤ North America. The company's energy storage business unit is based in the Bay Area. He can be reached at [email protected], and is one of the lead architects of the company's Path to 100% initiative.