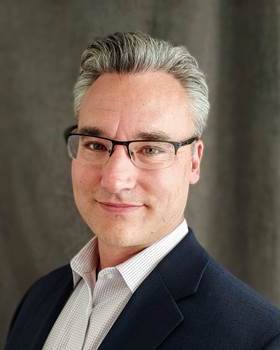 Prysmian Group, a global company headquartered in Milan, Italy and the world leader in the energy and telecom cable systems industry, has announced the promotion of Matthew Bedell as Vice President of the Industrial Specialties business unit for North America. Bedell brings more than 20 years of process engineering, operations management, supply chain, and commercial experience to his new role. In this role, Bedell will be responsible for directing all commercial activities to maximize business performance of the Industrial Specialties business unit.

“We are proud to promote Matt into this new role, and I am confident he will continue the momentum Industrial Specialties is experiencing,” said Andrea Pirondini, Prysmian Group CEO, North America. “As we strive towards our commitment to enable the energy transformation around the globe, we need forward thinking executives like Matt as we move into the future.”

“There are a lot of opportunities in the Industrial Specialties business, and I’m excited to move into this position,” said Bedell. “I look forward to leading the team as we develop new products and build stronger strategic partnerships that move the needle toward innovative energy transformation and sustainability.”

Bedell began his career with Prysmian Group as part of General Cable in 2002.  He was part of the integration of the aluminum building wire business and led the aluminum rod and strip business following the acquisition of Alcan Cable in 2012. After the acquisition of General Cable by Prysmian Group in 2018, Bedell held leadership responsibilities for all of U.S. inside sales and was most recently responsible for commercial operations in the Trade & Installers business unit. During this post, Bedell led the product management and inside sales team to grow the business by 30% in 2021 versus pre-pandemic levels.

A native of Detroit, Michigan, Bedell now calls the greater Cincinnati/Northern Kentucky region home and enjoys traveling, golfing and wood crafting. In his spare time, Bedell enjoys taking on many projects including renovating his 150-year-old home in downtown Cincinnati.