Lessons from the Texas Blackout

By Shaheen Pasarya and Scott Nguyen

My phone was on the brink of death. My toes were painfully numb. The USB port inside my frozen car represented my only hope for power and warmth.

Just 24 hours earlier, I was absolutely elated at this extremely rare opportunity to stomp around in the snow, create snow angels and snowmen, and perhaps even find a steep hill to sled down. In Texas of all places!

Over the course of Sunday evening the flurries fell and gradually picked up speed, and by 11:00 p.m. had deposited a thick layer of fresh powder on the ground. I wasted no time suiting up in my Breckenridge gear (from past travels) to experience the truest sense of a winter wonderland Austin had seen in decades. Had I the foresight to know what was to come in just a few short hours, I would have somehow bottled up all the warmth I could.

At 2:07 a.m. Monday, my power was shut off with zero warning. I woke up frigid - the temperature in my home dropped to 53 ° over the span of 5 hours. The outage map was riddled with all shapes and sizes of red and orange, varying with the severity and impact of each outage. It turned out I was far from the only one left in the dark.

According to everything I had read online up to this point, wasn't "the plan" to execute rolling blackouts throughout the city? 40-minute cycles of no power would have been a mere inconvenience compared to my current situation, at which point the temperature in my home was down to the mid-40 °s.  This was uninhabitable and unsafe if it continued for an extended period of time, yet there was no ballpark estimate as to how long the blackout would last. The emails I received from the power company advising me to "conserve power now" were in poor taste -- salt in the wound, really. I didn't have a choice to do anything other than "conserve power now" because I didn't have any!

I rounded up all the candles gathering dust in my bedroom and hunkered down for a chilly night in by candlelight. My memory foam mattress was so cold it hardened to a near-cardboard texture. The temperature inside was now below 40 °. 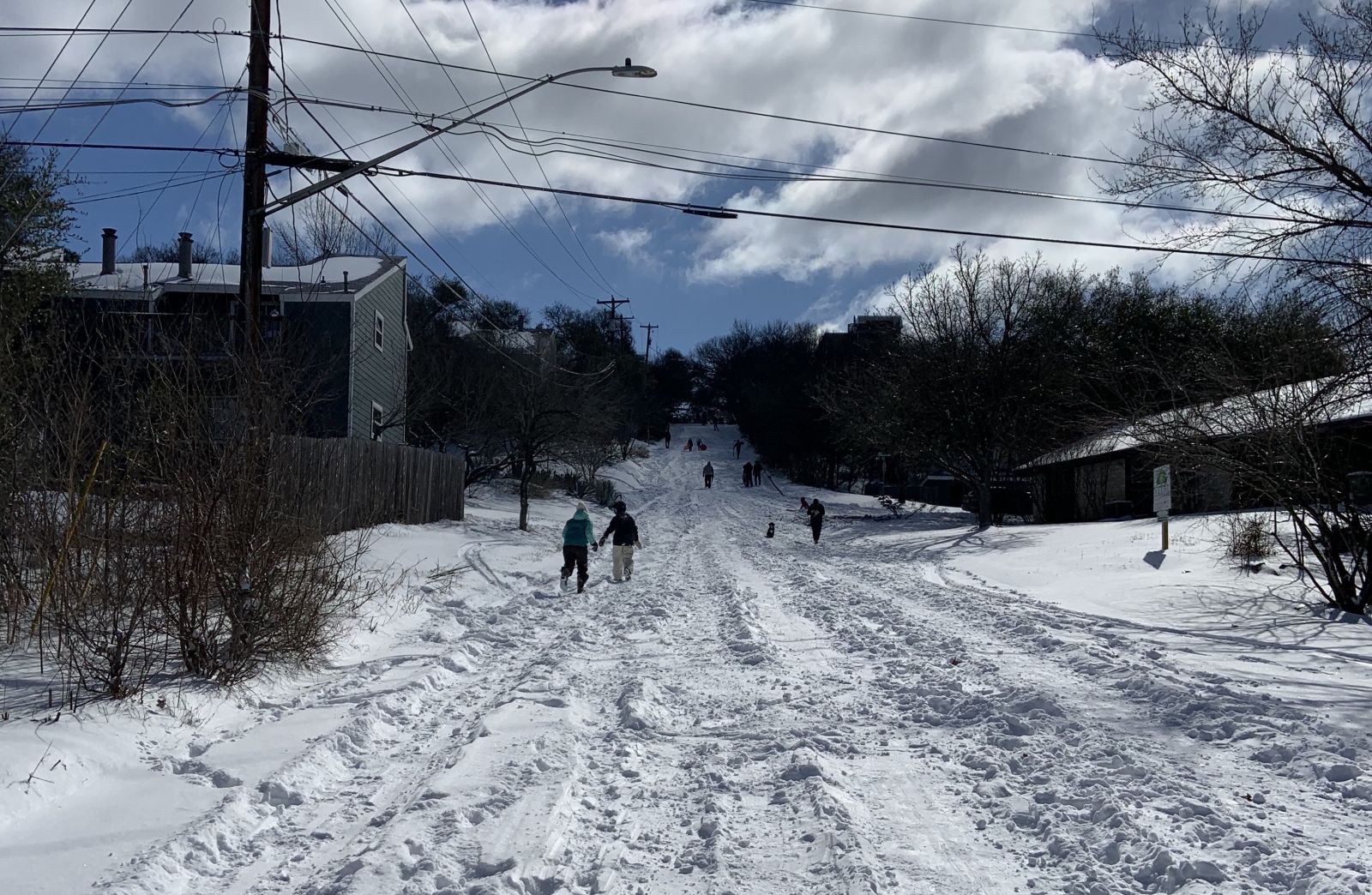 After 49 hours of darkness - in the wee hours of Wednesday morning, as I curled up next to my fireplace, the last of my firewood reduced to ashy coals - I heard a sudden click.  Noises I never used to acknowledge started drowning out the silence -- the refrigerator was humming, and the ceiling fan I'd forgotten to turn off in my room sounded so loud as the blades started racing at full speed. Yet, I didn't have much time to process my emotional shock; I was now conditioned to believe that electricity was a scarcity which only consumers could control, so my guilt had me immediately dashing to my room to turn off the fan. Irrational as it sounds, I didn't want to somehow be singlehandedly responsible for shutting down power to all of Texas. 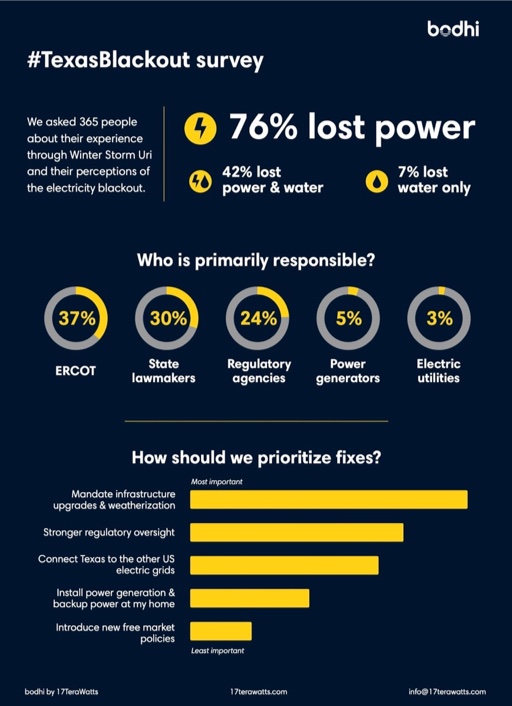 A month after the tragic event that left over 110 Texans dead and cost the state over $200 billion dollars, most of us were still unsure who to hold accountable or how to prevent the next disaster. Over the first couple of weeks of March, our survey sought to understand Texan's perception of Winter Storm Uri and the resulting blackout.

The results are shown on the right. The blame for the blackouts was spread primarily between ERCOT, State lawmakers, and State regulatory agencies. The preferred solutions to prevent another blackout centered around more mandates and more regulation, in stark contrast to the independent, self-reliant reputation of Texans. Surprisingly, adding power generation and backup power at the home (for example solar + storage) came in 4th.

The survey results also illustrate the lack of general public awareness of solar + storage as a viable option, either at the personal level to ensure backup power or at the scale of the grid to help maintain grid-level resiliency.

There are, however, promising signs. People that know about solar (from a friend or neighbor) did inquire about it. EnergySage reported a 200 percent increase in interest in solar and storage in Texas since late February. Solar installers in Texas have reported that the percentage of solar inquiries that include storage is up 80 percent from solar-only inquiries.

Before the blackout, conversations about storage ended quickly as soon as the sales consultant informed the consumer that adding storage "doesn't pencil out." However, for consumers, storage was never really about the economics of load-shifting. Solar + storage is booming in California because of the brownouts. In Vermont, it's about reliability through their own winter storms. 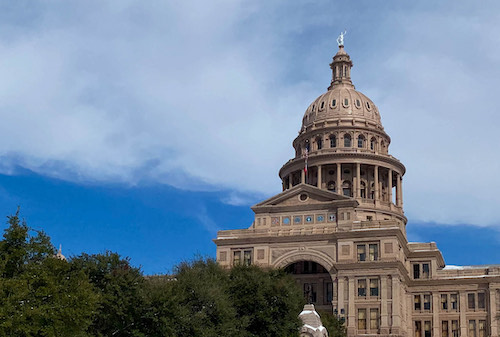 And now, 60+ hours left in the cold and dark and a barrage of burst pipes have left Texans with a new relationship with energy. It is no longer abstract. It is no longer an afterthought. Texans intimately understand that energy equals the warmth to fall asleep, clean drinking water, and life-saving medical devices.

If companies can listen to customers' fears and hopes, they're more likely to trust professional assurances, guidance, and expertise. More importantly, they will embrace a way to take control of their energy generation, ensuring them the safety, well-being, and peace of mind when the next storm hits.

The authors are Scott Nguyen and Shaheen Pasarya of Bodhi.Solar, a solar customer experience platform. Both native Texans, Scott is a co-founder of Bodhi and holds 18 USPTO patents. Shaheen is Head of Product where she leads the way to providing solar consumers with the digital experience they expect.