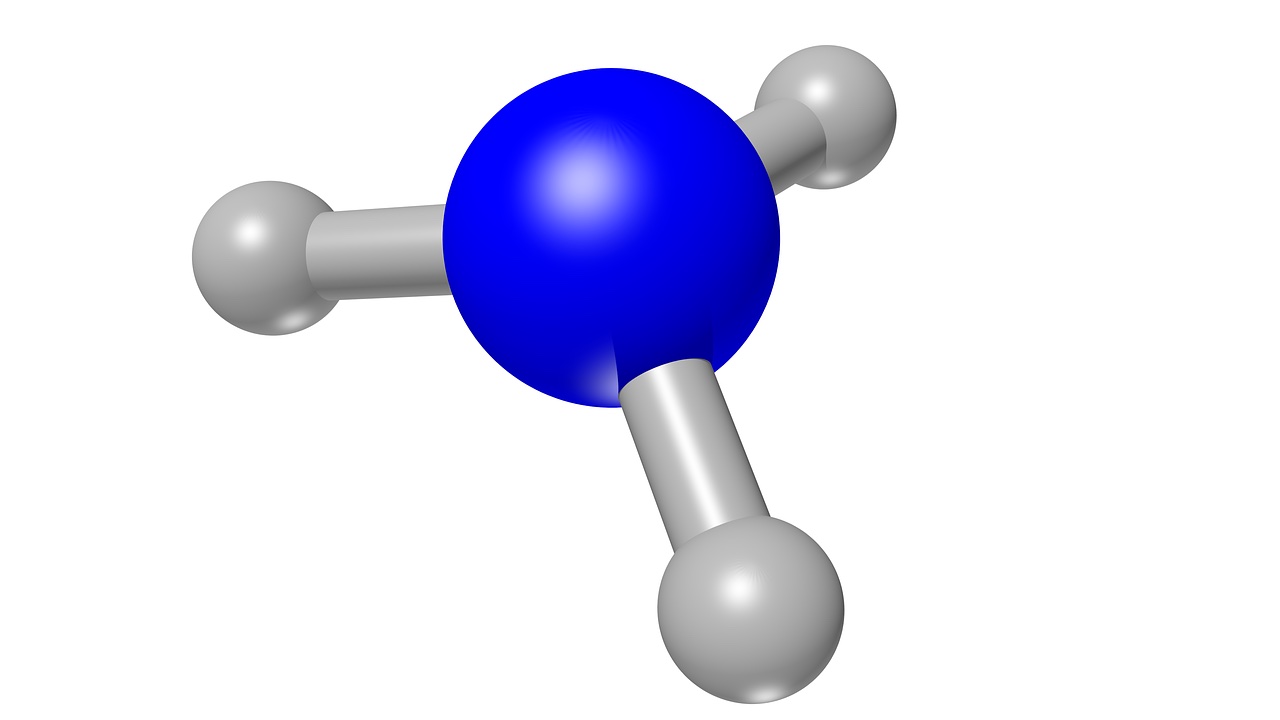 Hydrogen has the potential to decarbonize a wide range of heavy industries including energy, chemicals, steel and cement, which means demand is going to be huge. In its Net-Zero Emissions scenario the IEA expects demand to increase fivefold from 2020 to 2050. However, there are a few important limitations to overcome for hydrogen to become competitive. The first challenge is to produce sufficient supply of renewable "green" hydrogen; the next is to be able to store it in large quantities; and then to establish the required infrastructure to trade and transport hydrogen. This is where ammonia comes into play. Consisting of one nitrogen and three hydrogen atoms, the ammonia molecule (NH3) has the potential to support the hydrogen fuel economy in all three domains.

Today, most hydrogen is produced from fossil fuels through steam methane reforming, generating 830 Mt of annual CO2 emissions. Carbon-free "green" hydrogen is produced using electrolyzers to split water molecules to separate the hydrogen from the oxygen. It is an expensive and energy intensive process, but when the energy used is from renewable sources, hydro, wind or solar, then it provides a versatile, fossil-free energy carrier.

The intermittence of renewable energy means that there are periods of very high energy production which do not match demand.  The supply from renewables, particularly solar, becomes so high that the amount of electricity generated threatens to overwhelm the grid capacity. Although battery energy storage systems are being developed, they are not yet capable of capturing and storing this amount excess energy. The result is curtailment. This is where grid operators shut down access to the grid or adopt pricing mechanisms to generate negative pricing to reduce production. Some estimates put renewable energy curtailment as high as 20% of capacity.

Rather than curtailing excess renewable energy, the solution would be to use this excess to produce green hydrogen. By installing electrolyzers at major substations that are connected to renewable plants, green hydrogen production can act as a load balance. It would be cost competitive, because the renewable energy would otherwise be wasted, and it allows renewable operators to be paid for every megawatt hour they produce. No energy is lost.

In this way, green hydrogen production would incentivize further growth in renewables. However, it must not detract from the availability of electricity for other essential and more effective uses – it must be additional. The transition to green hydrogen and the acceleration of renewable energy generation must work together.

Hydrogen could also play a useful complimentary role to current energy storage solutions. Batteries are a cost-effective way to store energy on a daily or potentially weekly basis but because curtailment is usually seasonal, it will never be cost effective to store 6-month worth of energy in the batteries, at least the ones we know exist of today. If renewable energy is going to replace fossil fuels, we will need seasonal or even annual storage as well as international trade of renewable energy. Green molecules are perfect for this.

Green ammonia as a key enabler of the hydrogen revolution

While most of the hydrogen produced will be fed into existing pipelines and traded regionally, some regions such as Latin America, the Middle East and Northern Africa have the potential to produce more clean hydrogen than needed. Other regions such as Japan, Korea or Hawaii will have insufficient renewable sources and will need to import hydrogen.

But transporting hydrogen over long distance is not efficient and does make much economic sense. the transportation of hydrogen in large quantities from one continent to another would require a whole new liquefaction and distribution infrastructure of ports, terminals and storage. This is where ammonia provides a competitive solution.

A recent report published by IRENA estimates that over half of the global trade in hydrogen will be in the form of ammonia. This is because hydrogen is liquified at -252°C. It is extremely reactive, requiring specific corrosion resistant materials which makes storage and transportation excessively expensive. Ammonia on the other hand can be condensed to liquid at -33°C, making it much easier to store and transport. The infrastructure already exists, with terminals at 120 ports around the world. 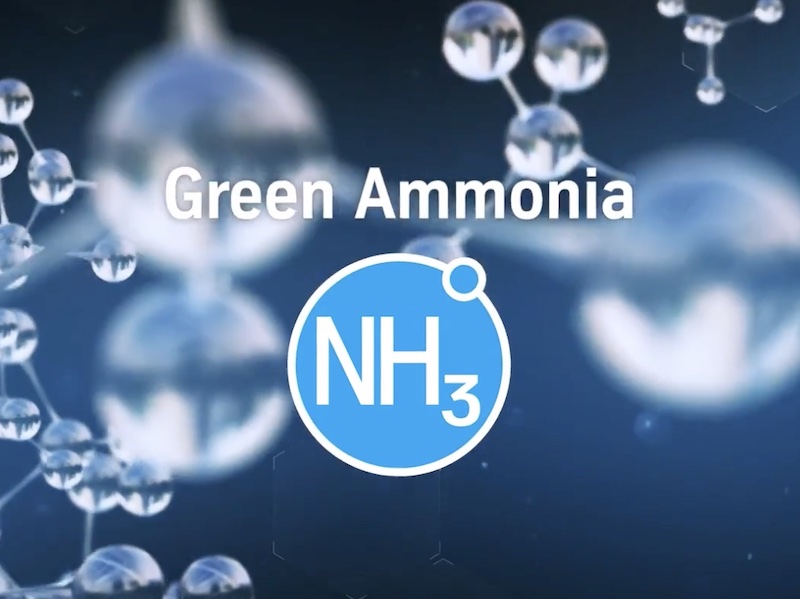 Moreover, the process technology to condense hydrogen and transform it into ammonia, has a very high efficiency rate. Installing ammonia crackers alongside centers of green hydrogen production and consumption will support the development of a hydrogen fuel economy.  These crackers are still not commonly available, but their theoretical efficiency is high. Efforts should be made to develop them quickly at scale.

Energy storage is another benefit, the relevance of which has been highlighted in the energy crisis caused by the war in Ukraine. Ammonia can be stored for as long as necessary, providing an important reserve of energy security. Cheap large storage tanks remove the need to have production and consumption closely aligned.

Continued Research & development open up additional uses for ammonia. On top to its role as a hydrogen carrier, ammonia can also be used as a fuel, especially for shipping. Although it is less flammable, the energy density of ammonia is 1.5 times higher than liquid hydrogen. Collaborative efforts are underway to develop safe, reliable and environmentally friendly marine engine technology. A European consortium aims to have a zero-emissions vessel running on ammonia fuel by 2025.

Power generation offers another application, where ammonia could be used as a fuel to replace coal, heavy fuel oil or diesel. Admittedly, this is not the most efficient way to use ammonia and hydrogen. The only valid reason we would do this is to accelerate the adoption of green hydrogen and take advantage of existing infrastructure. Japan is looking to develop a co-firing coal and ammonia fired power plant. Direct ammonia turbines using hydrogen as an accelerant to improve firing are currently under development. Ammonia turbines could provide a more cost-effective net-zero alternative to carbon capture or battery storage, especially for nations which currently operate diesel turbines. Research in this field, to resolve the issue of NOx emissions, needs to be rapidly ramped up.

And finally, green ammonia can be used as a building block to produce other chemicals including fossil free fertilizers. Various projects are underway which consider alternative ways of combining carbon and hydrogen to build plastics. These could involve carbon capture and utilization to produce hydrocarbons rather than releasing CO2 into the atmosphere.

Green Ammonia can be a cornerstone of a net zero future

Green Ammonia's role in the energy transition is going to be huge. In summary, renewable energy, hydrogen and ammonia will all work together as we transition away from fossil fuels to meet our net zero targets. But capacity needs to be massively scaled-up to reduce costs and be more competitive. Once this is achieved, ammonia becomes the global renewable energy commodity, with the flexibility to be used as an energy carrier, as a fuel and as a building block for other chemicals. Just like crude oil today.

Collin Hamilton is Chief Operating Officer & Head of Engineering at Verano Energy. Under his leadership, Verano Energy is developing over 30GW of hydrogen projects in Chile and Peru, one of the largest project pipelines in the world. The American-born COO is poised to transform the company for the hydrogen age. In this OPED, Hamilton shares his views on the future of green hydrogen markets.