Generating Renewable Energy Out of Thin Air: A new tool in the fight against climate change

Addressing the climate-change problem is an epic journey of discovery, and a new renewable energy technology will play a significant role in sustainably decarbonizing an ever-growing electrical grid. At its root, climate change is brought about by releasing too much greenhouse gas into the air and overwhelming the earth's ability to maintain a temperate climate.

Renewable energies and energy sources that do not release greenhouse gases appeared to be the solution to lowering greenhouse gases. However, many of these technologies come with their own limitations e.g., intermittent supply, critical locations, storage, massive land area, overuse of rare-earth metals, and even fear. A truly viable solution must address all of these limitations, individually or collectively, and it needs to be implemented fast enough to affect climate change. The underlying issue with all renewable energy technologies is collection area - the more capacity we install, the more critical resources we use. 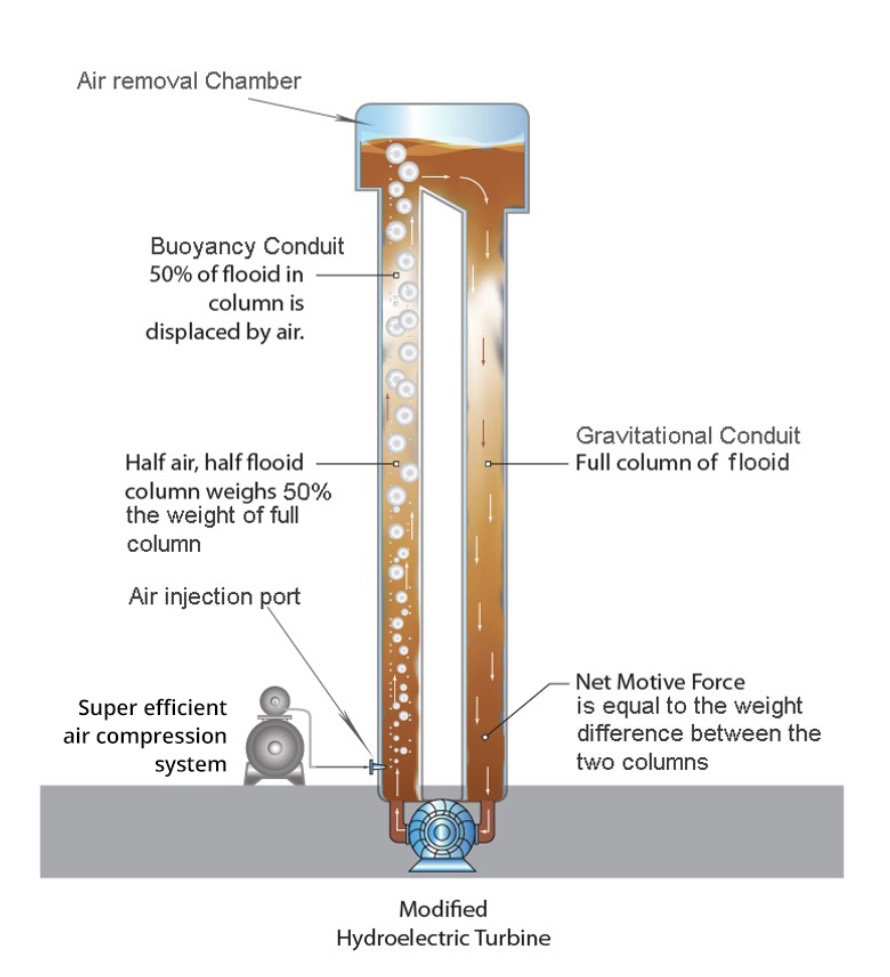 Understanding this new renewable energy technology requires a brief history lesson featuring two great minds. In 1662, Robert Boyle discovered the relationship between the volume and pressure of air and, later, temperature. What soon became Boyle's Law underpins the almost unbelievable amount of energy our planet holds in the air. The sun stores its energy in air, which makes our planet the largest solar collector possible - and we didn't even have to build it. The earth accesses the air's energy regularly through wind, storms, and rain. The question is, how do we tap into that energy?

Thanks to Archimedes, we understand the reason that ships float: the displacement principle, which relies on the pressure and volume of the air.

The first step on the path to this new renewable energy technology required building a device using air to displace a liquid, thus creating the force to drive a turbine to - Eureka! - make electricity. The device, using a tower, passed proof of concept testing in 2015, demonstrating that it is possible to convert energy in the air into electricity.

This proof of concept also identified three areas that needed to be addressed in order to produce enough electricity to be considered a viable energy source.

3. Keep the system running in a continuously steady state 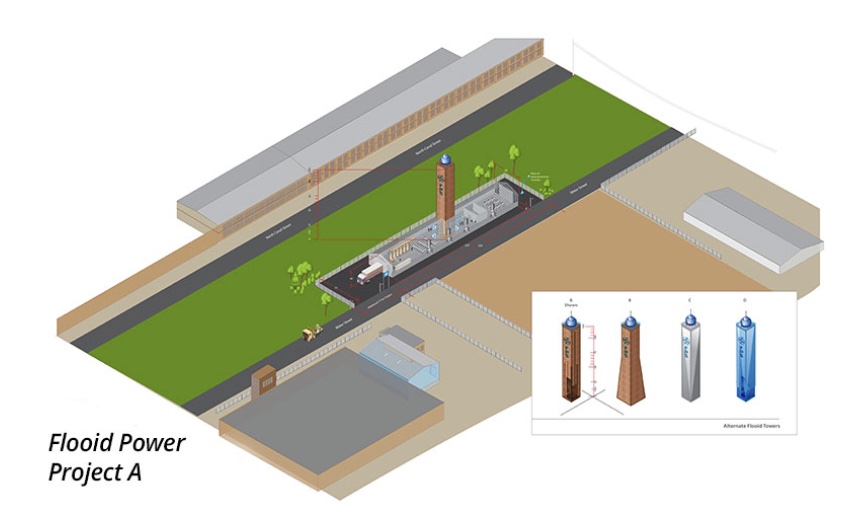 The first change - making the air with less energy - was the hardest. As it turns out, the solution to the first challenge also solved the third challenge. Using Boyle's Law as a reference, removing the heat from the air after compression helped reduce energy. It had to be more than just passive cooling to ambient temperatures. The energy saving happened post-compression. This new solution performs only a little work at a time: It cools the air to near freezing, and then passes the energy savings on to subsequent compression cycles. This process shifts the work of air compression to a heat pump which, thanks to the Coefficient of Performance (COP), delivers higher efficiency with less power consumption. This cascading compression system uses 50 percent less energy.

Choosing a heat pump as the means of removing the heat solved the third problem e.g., keeping the system running in a continuously steady state, and required determining how to return the heat back to the air after passing it through the tower.

The heat can return to the air as it re-expands in the tower; the heat pumps can collect the heat, which is then removed from the air compression process (adiabatic). Using the same cascading idea in the heat pump also significantly lowered energy cost in the heat pump system. The cascading heat pump has a 300 percent increase in the COP.

The solution to the second challenge - lowering the height and cost of the tower - involved making the fluid heavier. Doing so created a larger displacement force that mimicked the conditions of a taller tower without the costs associated with actually building one.

These new technology systems were developed to bring a new source of renewable energy to fight climate change. The technology can grow capacity in the grid at much higher rates than other technologies, helping to meet near term carbon reduction targets to help slow climate change.

One of the biggest advantages over other renewable technologies is that this new system operates 24/7 and requires no large battery storage. The power generation facilities can be sized from 5MW to as much as 400MW in output capacity. These modular systems allow additional equipment to be added for increased power outputs. A typical facility has a tower with an attached 50-100K sq. ft. operating building and uses between 4-6 acres of space.

Collectively, these processes require less electricity to operate than the energy being moved in the system. All of this is done with a clean, renewable energy source that will have a positive impact on reducing global warming.

Mark Maynard is the Chair and Director of Research for Flooid Power, which uses ambient heat and displacement to generate affordable, continuous electricity for homes and businesses.