Electric Boilers are in Vogue Again 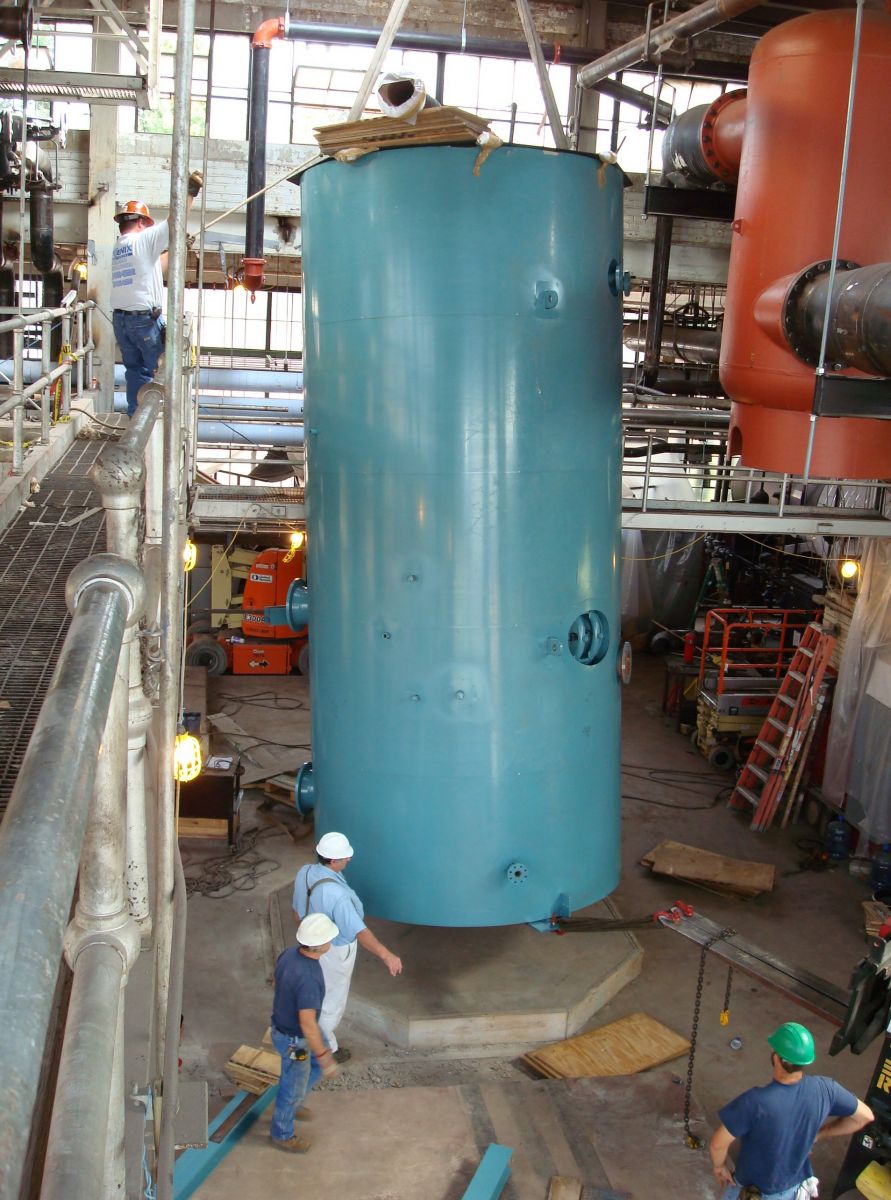 Industrial producers in North America and Europe have been tasked with significantly reducing their environmental footprint in record time. In December of last year, the 27-nation European Union (EU) agreed to cut greenhouse gas carbon emissions by 55 percent by 2030, compared to 1990 levels. According to a recent report that has tracked the EU's power sector since 2015, renewables surpassed fossil fuels last year (38 to 37 percent), indicating that industry is already pivoting away from carbon emissions.

While industry interest in electric boilers has waxed and waned over the last century, it appears to be gaining in popularity. Whether to honor Environmental Social and Governance (ESG) goals, meet regulatory commitments, or take advantage of government credits and incentives, a growing number of industrial facilities are installing new or retrofit high-voltage electrode boilers that are compact, economical, and produce no emissions.

Technological advances in electric boiler design have increased the output to a level that rivals even large gas or oil-fired boilers. Whether utilized to produce high-pressure steam in power plants, replacing fuel boilers, for district heating, or maintaining power demand-supply balance, electric-powered alternatives are positioned to be a critical piece of the puzzle of meeting future emission reduction goals.

However, many facility engineers familiar with gas-fired boilers mistakenly believe that electric boilers cannot match the output of the traditional, fossil fuel burning units. Due to considerable advances in electric boiler technology, that is far from the case; not only can match they the capacity of large gas or oil-fired boilers, but they have a much smaller footprint. 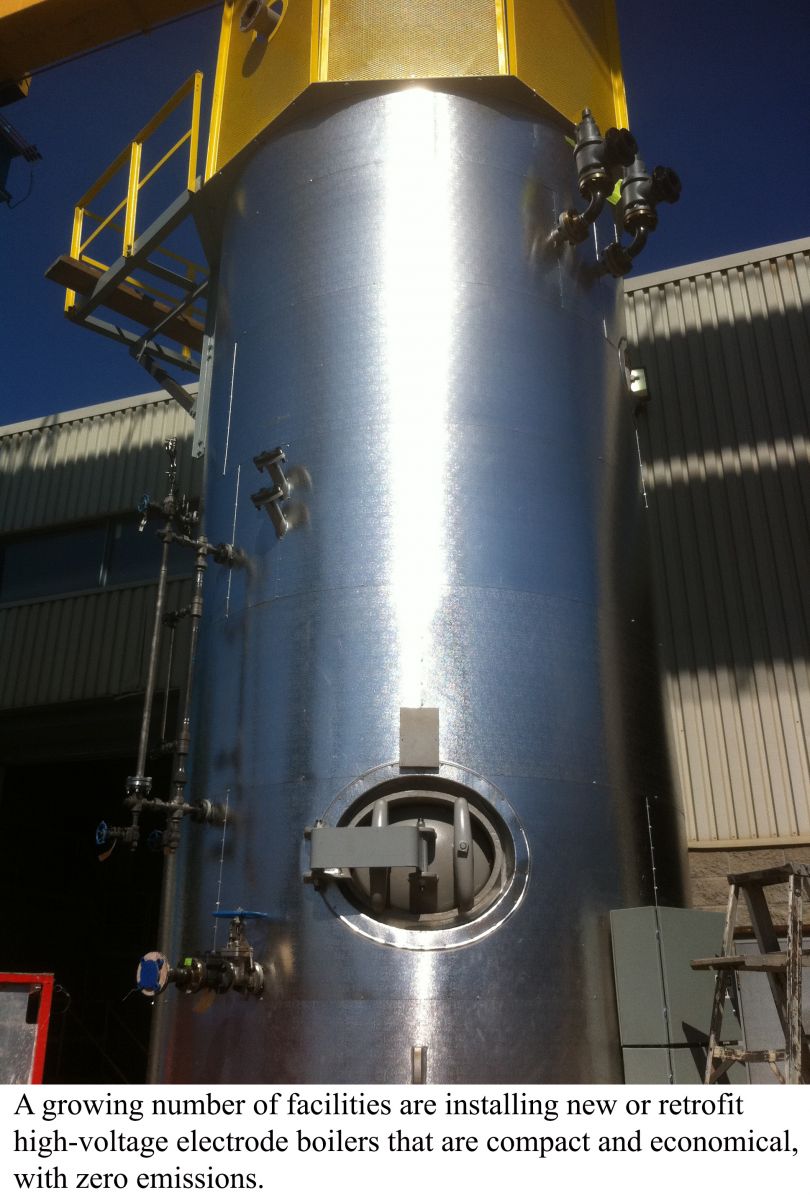 Electric boilers utilize the conductive and resistive properties of water to carry electric current and generate steam. An A.C. current flows from an electrode of one phase to ground using the water as a conductor. Since chemicals in the water provide conductivity, the current flow generates heat directly in the water itself.  The more current (amps) that flows, the more heat (BTUs) is generated, and the more steam produced. Crucially, almost 100 percent of the electrical energy is converted into heat - with no stack or heat transfer losses.

As an example, the electrodes of one high voltage steam boiler are vertically mounted around the inside of the pressure vessel. This enables the unit to produce maximum amounts of steam in a minimum amount of floor space, with boiler capacity from 6MW to 52MW.

The boiler operates at existing distribution voltages (4.16 to 25 KV with up to 99.9 percent efficiency) and can produce up to 170,000 pounds of steam per hour. With pressure ratings from 105 psig to 500 psig, the boilers are designed to ASME Section 1, and are certified, registered pressure vessels at the location of the boiler.

Many facility engineers learned their trade primarily on oil and gas-fired boilers. As a result, it's often necessary to educate engineers about this newer technology.

In addition, the electric boiler technology is used for residential and commercial district heating, which is increasing in demand, particularly within urban centers.  With district heating, distributed heat is generated in a central location through an insulated pipe system, and utilized for high-efficiency, low-pollution, space and water heating. For central heating applications, electric boiler technology quietly supplies ample power for its compact size. This approach is currently being considered to install several 50MW steam boilers in the center of Manhattan, replacing gas-fired boilers to provide centralized steam to a number of buildings.

Electric boilers have several advantages compared to oil or gas-fired boilers, including superior safety, ease of installation, faster start-up and shut down time, and quiet operation. They also don't have a high minimum operating level to make them immediately available. 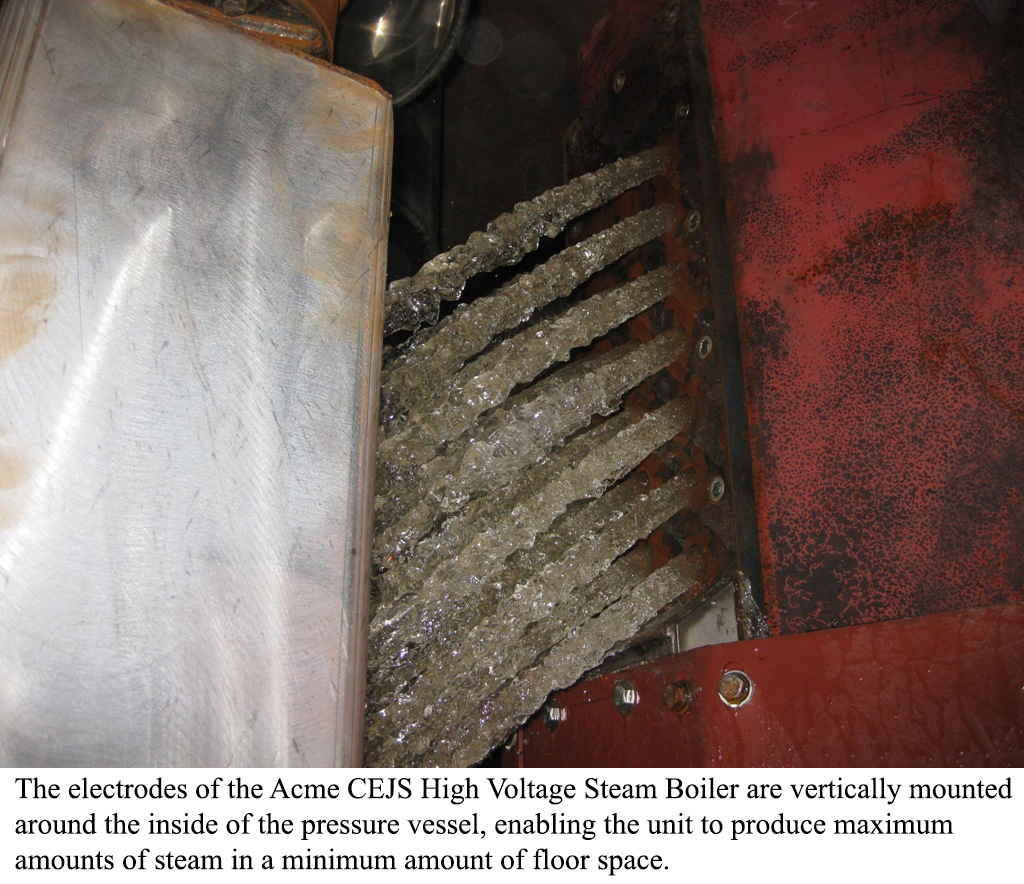 Electric boilers do not need an operator because if anything goes wrong, the breaker trips, preventing further escalation of the issue. Gas burning boilers present a risk of a gas leak, which can lead to an explosion; these units must be continually monitored or periodically inspected. State and municipal safety guidelines vary depending on boiler type and the expected frequency of inspection.

With electric boilers, the energy input as well as adjustment is precise and virtually immediate. In contrast, increasing or decreasing the temperature in a gas fired boiler is a slower process, because it takes time for the heat in the boiler to rise or dissipate before reaching the targeted output.

The electric units are also exceptionally quiet compared to fuel fired boilers. Unlike gas-powered burners that throttle like turbine engines almost continually, electric boilers keep operational noise levels down. Because the loudest boiler component is a circulating pump motor, it is easy to have a conversation next to one without having to raise your voice.

With zero emissions, economical electric steam and hot water boilers deliver maximum kilowatts in minimum spatial footprint. As the U.S. and EU resolve to dramatically cut their greenhouse gases to combat climate change, the urgency for industry to similarly reduce their carbon emissions will only grow. In this battle to protect the environment before the global climate hits an irreversible tipping point, industry - along with government - must do their part. Fortunately, advanced, zero-emission electric boiler technology can be a readily implementable part of the solution.

Robert Presser is Vice President of Acme Engineering Prod., Inc., a North American manufacturer of boilers for large industrial and commercial applications. The company is an ISO 9001:2015 certified manufacturer of environmental controls and systems with integrated mechanical, electrical, and electronic capabilities.