In mid-February, two severe winter storms crippled Texas' utility infrastructure and left 4.3 million people without power. Notwithstanding partisan efforts to blame a single resource (Democrats - it was the fossil plants! Republicans - it was the frozen wind turbines!), the main culprit for this catastrophe turned out to be the state's centralized energy infrastructure. Basically, a more localized energy system would have gone a long way to mitigate the disaster,

Texas' power grid regulator - known as ERCOT - broke away from federal oversight in 1970 to manage the state's electricity infrastructure (but not its oil and gas industry). To this day, there are three major grids in the US: one for the Eastern States, one for the Western States, and ERCOT for Texas. ERCOT personifies Texas' independent spirit by keeping the state's electrical infrastructure - from power plants to distribution lines - entirely within the state, rather than sharing power with its neighbors. This arrangement effectively makes Texas a self-sufficient energy island by balancing competitive prices and grid reliability (in other words, no blackouts).

Despite its independent roots, ERCOT relies on a centralized infrastructure where less than 100 power plants provide almost all of Texas' base load power (solar and wind are not considered 'base load' because the sun doesn't always shine and the wind doesn't always blow). This typically stable structure created the environment whereby February's cold snap left millions of Texans without power. To avoid future emergencies, ERCOT must empower small, localized generating resources, so its small communities no longer suffer from failures at the state level. 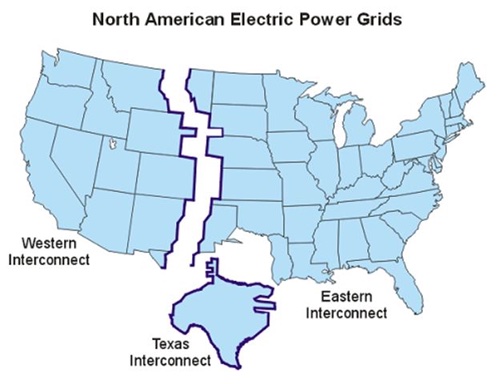 Relying on a few centralized power plants magnifies the consequences of a trivial failure. During the February freeze, the South Texas Project - a 2,708 MW nuclear power plant in Southeast Texas - lost 1,354 MW of generating capacity because its supply water froze and damaged two pumps. This water source became a single point of failure for 1,354 MW of capacity, enough to power over 1.1 million average American households.

Imagine if individual communities could switch to a local power source to avoid centrally imposed blackouts. Rather than buying power from ERCOT at prices that reached $9,000 per megawatt hour (up from an average of $21.18 in 2020), communities would enjoy more consistent power delivery and lower prices.

Like other utilities, adding localized generation to ERCOT is an onerous process for businesses and municipalities. According to ERCOT, 'utility scale distributed generation' (all localized generating resources, excluding residential rooftop solar) makes up just under 990 MW or about 1.2% of the state's installed capacity.[1] Regulatory red tape discourages these projects, increasing the likelihood of another energy catastrophe.

What does the localized energy grid of the future look like?

For localized, distributed generation to work, ERCOT must incentivize an array of distributed energy resources - known as DERs. Batteries are one of the most well-known DERs, and some states offer financial incentives for customers to install energy storage systems in their homes. These programs can help save utilities millions by discharging the batteries when their grids face peak monthly demand. In addition to the financial benefits, these programs encourage energy independence for households and stabilize the grid by providing backup during outages, as shown in Figure 1. 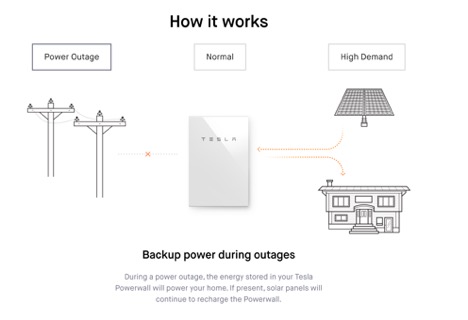 In addition to batteries, heat is another resource that can help ERCOT immediately improve reliability and reduce its carbon footprint. Geothermal and waste heat solutions provide ample opportunity for heat-to-energy applications. While waste heat is only available at certain locations, geothermal opportunities abound, as you can see in Figure 2. Geothermal plants as small as 1MW are capable of powering several hundred homes, which is ideal for a small town. 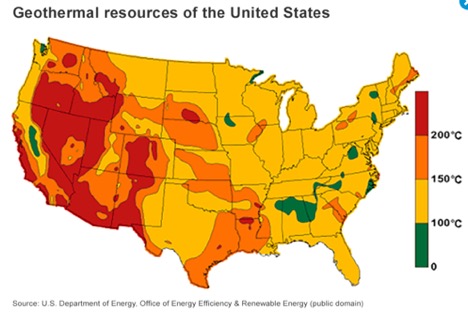 Geothermal power is fueled by heat from the Earth's core, so it is impervious to extreme weather events. Similarly, home batteries and other storage technology do not rely on the grid during a crisis since they've already been charged. ERCOT should work towards incentivizing these innovative, safe solutions without burdensome regulatory obstacles. While there is no silver-bullet to protect Texas from future weather disasters, ERCOT can improve its reliability by replacing centralized, single points of failure with DERs to increase redundancy. If ERCOT succeeds, it will serve as an example of how to create a more reliable electric grid that can be replicated by California, Louisiana, and a growing number of locations where grid reliability is jeopardized by extreme weather events.

In the wake of February's disaster, Texas Gov. Abbott declared ERCOT reform as an emergency item in the state's next legislative session. Wouldn't it be great if that reform exemplified the spirit of Texas individualism?

Michael Longo is Head of Business Development for Anax Power, a New Jersey-based clean energy technology company that builds, markets, and develops projects around the 500kW Anax Turboexpander. Anax is headquartered in Wharton, New Jersey, one of the state's economic opportunity zones.