Earth, Wind, and Fire: How to move renewable resources from here to there

The stimulus package appropriated more than $11 billion to improve the nation's gridlocked transmission network in furtherance of President Barack Obama's plan to double the nation's renewable energy supply in three years. This is but a down-payment on the substantial overhaul of our transmission grid that will be necessary to move the best wind, solar, geothermal, and other resources to the population centers where the power is most needed.

Of course, the challenge of transmitting location-constrained renewable resources is nothing http://new. Currently, in many regions of the country, whether in the so-called "organized" markets such as those overseen by the New York Independent System Operator and the Electric Reliability Council of Texas, or in the so-called "unorganized" markets of the south and elsewhere, grid operators are often forced to curtail existing wind and other generation due to congestion. Perhaps even more troubling is the fact that many projects throughout the country-particularly in the midwest, which contains enormous wind resources-have been delayed due to transmission inadequacies, political, regulatory, and commercial uncertainty, and the overall costs of building new transmission (assuming timely solutions even are possible)-especially since many utilities and their respective state regulators would seek to have all of these costs paid for entirely on the project's own nickel.

Undoubtedly, few would disagree in the abstract that the grid must be updated to make way for reliable transmission of new energy, but when the rubber meets the road-or in this case, when towers and poles are proposed to meet the sky-high-voltage transmission projects inevitably provoke major opposition and time-consuming and expensive litigation. For example, various local groups recently succeeded in stopping the construction of the New York Regional Interconnect, a 190-mile, high-voltage transmission line from upstate New York to the suburbs north of New York City, prompting the developers to give up on a project in which they claim to have invested $20 million over five years. Every proposed addition to the balkanized grid instigates new clashes with local property owners and environmental groups with the result that generation is growing at twice the rate of the transmission needed to reliably support it, according to the North American Electric Reliability Corporation.

The Energy Policy Act of 2005 attempted to address this problem by giving the Federal Energy Regulatory Commission (FERC) the authority to override a state's failure to approve an application to construct a transmission line in any transmission-constrained area designated by the Secretary of Energy as a "national interest transmission corridor." In December 2006, FERC promulgated regulations implementing this backstop siting authority, which immediately turned the not-in-my-backyard issue into a state versus federal jurisdictional struggle, although FERC has yet to successfully utilize this now four-year old authority.

Furthermore, even the possibility of its use has been curtailed by the US Court of Appeals for the Fourth Circuit, which recently rejected FERC's interpretation that it was authorized to exercise its backstop authority not only when a state commission fails to act on an application, but also when a commission explicitly denies an application. Specifically, the authority applies only when a state commission "has withheld approval [of an application] for more than one year," not when the commission has denied the application. In short, in the Court's judgment, while Congress intended FERC's backstop authority as a measured and admittedly important transfer of jurisdiction..."[when] read as a whole, [the provision] does not indicate that Congress intended to bring about the sweeping transfer of jurisdiction suggested by FERC."

Not surprisingly, the Fourth Circuit's decision has fueled the ongoing federal congressional debate on whether, in order to promote the development of renewable and possibly other resources, it should enact additional legislation to expand FERC's transmission siting authority. Lawmakers remain divided as to what should be the federal government's role. Chairman Jeff Bingaman of the Senate Energy and Natural Resources Committee wants to give FERC ultimate authority to take the lead on transmission siting and effectively replicate FERC's preemptive authority under the Natural Gas Act to site natural gas pipelines in proceedings in which the states simply would be parties.

Others like Representatives Henry Waxman (Chairman of the House Energy and Commerce Committee) and Ed Markey (Chairman of the House Energy and Environment Subcommittee) prefer a more cautious model. Instead of expanding FERC's authority to site transmission, the Waxman-Markey bill calls for a more coordinated transmission development effort at local, state, and federal levels, and they would authorize FERC merely to establish grid planning principles and to work with regional planning entities in developing transmission plans.

Notwithstanding all of this uncertainty, three facts remain clear. First, power cannot be delivered without adequate transmission, whether that power is derived from burning coal or turning a wind turbine. Second, the new debate on transmission siting authority has fired up most of the century-old disputes in the electricity industry: federal preemptive authority versus local land use and control; transmission and power plant development versus conservation; and one fuel type versus another. Third, no matter how desirable and lofty the goals of the recently enacted stimulus package or the energy and climate change bills that have been introduced, these goals will not come to fruition without significant new transmission capacity and without another age-old, though recently little-used practice: statesmanship, without which we pretty much can guarantee we will have missed the boat.

~
Larry Eisenstat is a partner at Dickstein Shapiro LLP and head of its Energy Practice. He has experience handling regulatory and transactional matters, as well as litigation, antitrust, and compliance, and enforcement matters on behalf of both energy and non-energy companies. He also counsels energy companies and consumers on strategic planning, investment, and restructuring issues.

Eric Fung is an Associate in the Energy Practice. 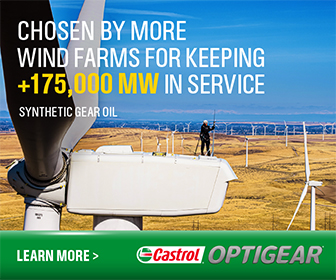 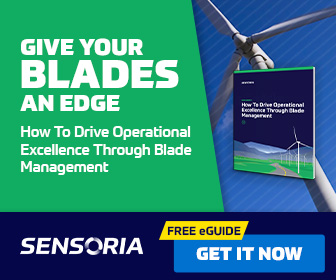