GameChange Solar announced that the company has seen a rapid increase in interest and orders for trackers in high snow areas such as update New York State and Michigan in the USA. Snow loads are often up to 50 lbs per square foot. 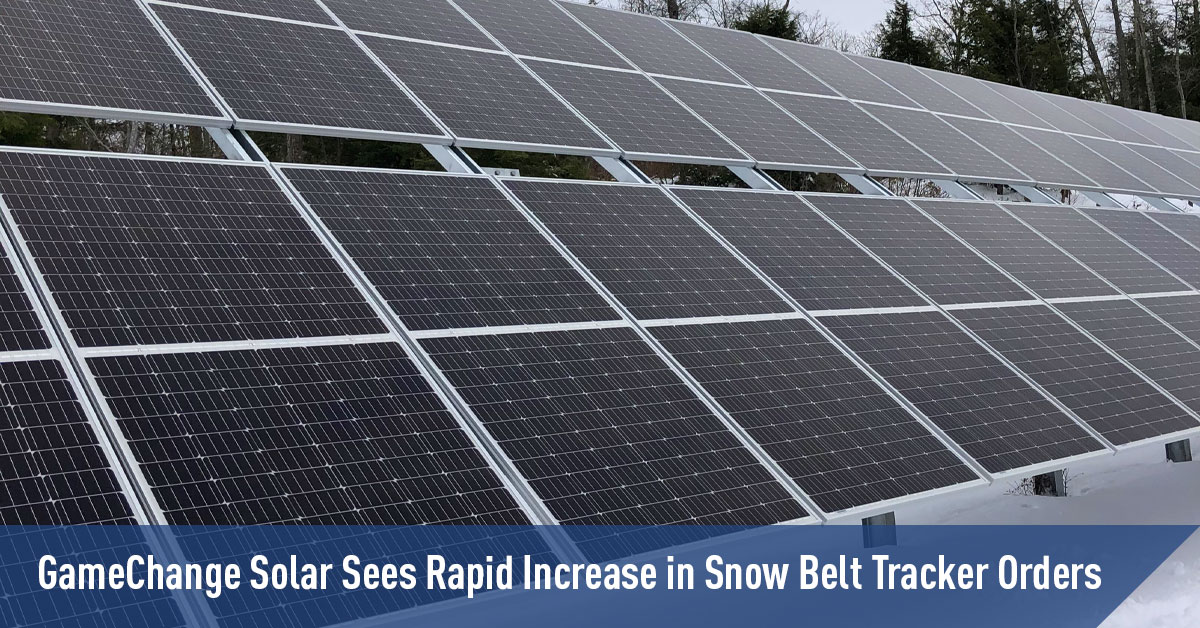 Brad Sherman, Director of Business Development at GameChange Solar, stated: “Project developers and EPCs which previously may have opted for fixed-tilt structures in the high snow load areas are now often choosing to deploy GameChange Solar’s single-axis trackers, both 1 and 2 portrait, even in the more northern high snow load areas. We are able to support these extreme loads by upsizing our row tubes, using our proprietary shock absorber systems and implementing our proprietary snow stow technology. Our rugged design and deep experience in these areas make us the clear choice for high snow load projects.”