By Abbot Moffat and Jesse Salveson

Low-cost Variable Renewable Energy (VRE) is altering the power delivery landscape – for the greener and better. The most notable alternative energy source illuminating new possibilities is the pairing of photovoltaics (PV) and batteries, particularly lithium-ion. Together, these systems have emerged as a reliable solution to increase power-grid flexibility. According to a PV report from the International Energy Agency (IEA), “Solar PV is well on track to reach the Sustainable Development Scenario (SDS) level by 2030, which will require electricity generation from solar PV to increase 15 percent annually, from 720 TWh in 2019, to almost 3 300 TWh in 2030.” Looking at the United States, the same PV report said that 13.2 GW of solar PV should have come online in 2019. 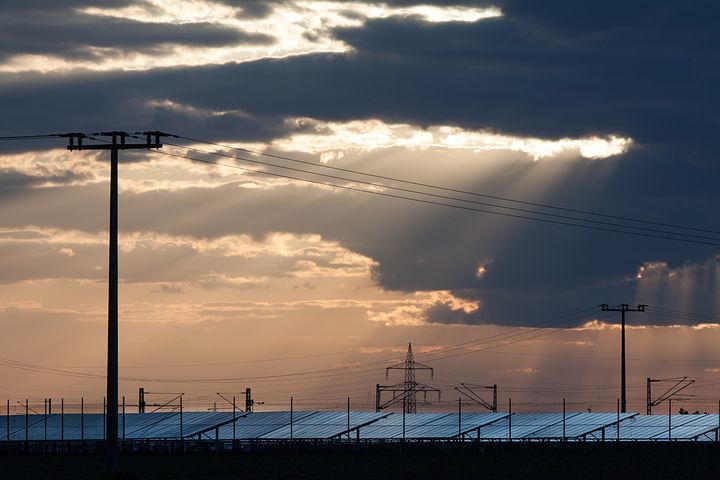 Batteries have also emerged as a viable in-front of the meter (FTM) solution because they are uniquely capable of absorbing, holding, and re-injecting electricity back into the grid. Unlike legacy battery storage systems, this new generation of batteries brings scalable flexibility, allowing them to be deployed across a range of supply needs. Most of the market is gravitating towards lithium-ion batteries; when paired with PV, these C & I (Commercial and Industrial) to utility-scale storage systems can store anywhere from a few megawatt-hours (MWh) to hundreds of MWh. For system operators, this storage solution offers grid ramp-rate control and frequency response services while enabling VRE penetration by storing excess power.

As coal’s future goes up in smoke, look to the golden state

The Golden State is hedging its bets on the PV and battery combination to the extent that the major state utility signed seven contracts for a total of 770 megawatts of lithium-ion battery-based energy storage, to enhance the regional grid’s reliability and replace four large coastal once-through cooling plants. In addition to these projects, the California Public Utilities Commission (CPUC) is putting pressure on power providers and community choice aggregators to procure 3.3 GW of storage and PV-plus-storage systems to solve grid congestion, and to compensate for gas and coal plant retirements. Due to PV and batteries’ proven reliability, demand to fire-up California’s 52 peaker plants will steadily decrease.

COVID-19’s impact on overall energy consumption is another economic prognosticator reading coal’s tea leaves. According to the IEA, the pandemic lockdown resulted in a 10 percent to 35 percent power decrease across all impacted areas, which, in turn, increased the overall share of VRE used. This decrease in energy use, plus the additional VRE capacity coming online, will hasten fuel coal’s departure rate from our power-dependency needs. Due to the high cost of coal plant operations, many utilities are already cutting back on coal dependency in favor of renewables. 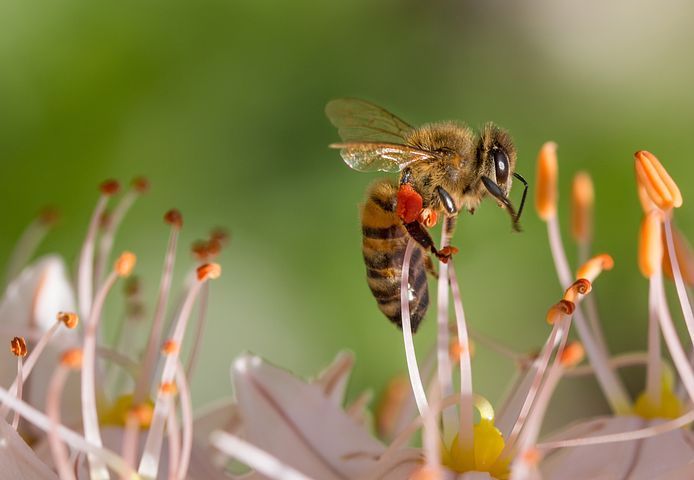 Lessons learned from fossil fuel extractions are now applied to biodiversity areas targeted for solar farms. The foresight to protect existing habitats is especially needed since the United States Department of Energy’s (DOE’s) Sunshot Vision Study set the goal for 14 percent (329 GW) of the nation’s electricity is to come from solar generation by 2030. Given this aggressive target, and the fact that ground-mounted solar typically requires about 5-8 acres of land per megawatt, the potential to impact nesting habits and prompt significant changes to vegetation can contribute to declining pollinator populations, i.e. bees. Planting pollinators beneath modules can foster native insect populations as well as actively maintain commercial bee hives, supporting a wide range of private and public needs.

Pollinators are extremely important—especially to our nation’s food supply. Projects that carefully consider panel height, shading, and spatial arrangements prior to deployment, will decrease any negative environmental impacts. To keep vegetation from overtaking the PV and decreasing effectiveness, “solar grazing” practices can be deployed along with environmentally responsible planting practices. Solar grazing is a technique using animals to “mow” the vegetation around the array so it does not shade the panels. The American Solar Grazing Association was founded as a New York not-for-profit to inform and service solar grazing providers.

Technology and eco-passion exhibited by a new generation of business-minded individuals are quickly writing an epitaph for the fossil fuel barons of past decades. It took a global pandemic for utilities to truly realize that they don’t need to fire-up coal peaker plants to augment power, when VREs can do the job even more effectively.

Backed by new government goal-setting targets, solar generated power is poised to become a common, local option that communities and business users can easily embrace. When utilities need additional electricity to support peak usage, during the increasingly common climate events such as heat waves or other extreme weather conditions, they can now tap into the power stored in batteries from short distances away to fill the temporary gap.

Unlike the environmental scars left by mining, drilling, and oil spills, solar has the potential to blend into ecosystems with very little impact. PV environmental protection actions will usher in a new era of “solar herders” that will maintain the flocks of vegetation mowers that keep the plants at bay while naturally improving soil quality. All of which will finally elevate VREs from the intermittent renewable energy class and into a consistent source for cleaner power production.

Abbot Moffat is the Director of Business Development|West, and Jesse Salveson is a Senior Project Manager for Rubicon Professional Service, which provides an alternative for constructing or upgrading data centers, telecom sites, and other critical facilities. The company also provides Engineering, Procurement and Construction (EPC) and General Contracting services for alternative energy, battery storage, and distributed generation projects.