Get Back in the Clear

From sandstorms and storm surges to tornadoes and wildfires, natural disasters can wreak havoc on solar power infrastructure — taking out inverters, knocking entire plants offline, and sending owners into a spiral of down time, repair costs, and lost revenue. In those critical first minutes and hours after a disaster, decision-makers must quickly choose a direction based on seemingly conflicting information. Here's what you need to know about plant recovery and restoration to get solar production back online. First up is a careful assessment of what’s gone wrong. There are four levels of damage to consider:

●      Complete destruction: Nothing is operational. There is no way to generate power from any part of the plant without significant remediation.

●      Partial destruction: Anywhere from 15 percent to half of the site is offline. The rest may be operational, but balancing repairs elsewhere may require shutting down undamaged sections over time.

●      Minor damage: Roughly 10 percent of the site has been affected. There might be one or two central inverters offline and some tracker rows may be damaged, but overall the site can produce power and perform.

●      Site intact with some production issues: One or more inverters are offline, but the overall site is generating power.

Get clear with documentation

The key to combating force majeure damage is thorough documentation. Initial impressions can be misleading. Even if damage appears to be minimal, there is value in documenting every aspect of the site that appears to have been affected, even superficially. Take pictures - at least four or five for everything that will require attention. Note components that may no longer be in production, and determine which OEMs will play significant roles moving forward.

For sites with more extensive damage, consider grid-by-grid drone flyover to map the level of destruction. Insurance companies often cover drone inspections because they want to know what they’re dealing with just as much as you do. 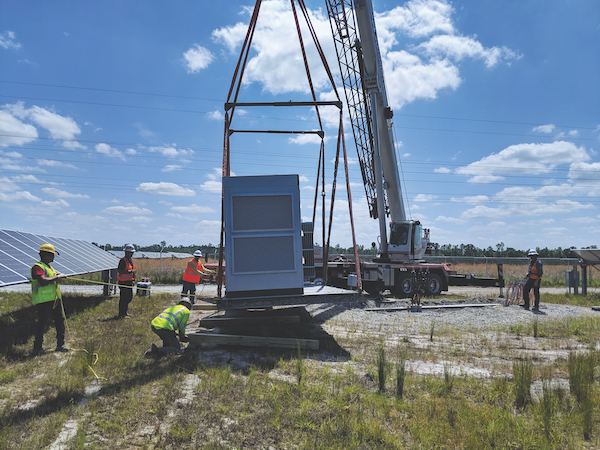 An insurer will have its own vendors tracking the project, such as subrogation and investigations teams. Although asset managers may work directly with an insurance adjuster, contractors are more likely to communicate through a third party hired to assist the adjuster. Here is where having a full-scope general contractor that is responsible for the myriad of subcontractors can be the difference between collecting a full insurance claim, and incurring substantial losses due to unforeseen delays.

Before beginning restoration work, consider setting standards for testing damaged equipment, and establishing criteria about what warrants repair and what mandates replacement. Here, too, is where substantial restoration experience can prove invaluable. Flexibility is key - be assiduous about maintaining quality, but don’t miss an opportunity to continue using viable parts.

In one project, the plant owner and insurance company were prepared to spend about $4 million to replace inverters flooded by a hurricane. Instead, they took advantage of an alternative plan that was offered to them, which salvaged and refurbished the flooded units, saving them $1.8 million.

Minimizing the business interruption insurance claim can help maximize recovery. Unlike new builds, restorations involve balancing current production needs against deconstruction and replacement demands. Look for opportunities to stagger the work to minimize interruption and prioritize production recovery. For example, if one inverter is down simply because of a ground fault, but the rest of the array is in good shape, prioritize restoration at that location to get an entire section of the plant back online.

Develop multiple contingency plans so that if one repair must be delayed, other activities can be slotted in immediately to keep the project moving forward. If components delivery is delayed in one area, shift work immediately to a process that doesn’t require new parts. This helps to keep the best personnel active at all times.

After a rogue storm tore through a PV power plant with 60 to 80 mile-per-hour winds, damaging 15 percent of its trackers, it was discovered that more than one-quarter of the site’s trackers weren’t operational before the winds hit, making it impossible to maneuver them into a protective stow position. As a result, 233 of 1,600 full trackers were damaged and had to be restored. 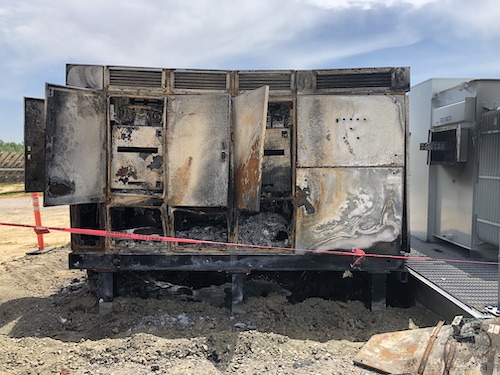 Initially, the plant owner relied on O&M personnel to assess the damage and submit insurance claims. Four months later, restoration work had yet to begin.

Within four weeks of contracting a restoration and recovery specialist, they had a plan in place for deconstruction of the damaged areas, a testing process to determine viability for salvage, sourced components that needed to be replaced, and a flexible restoration plan to minimize revenue loss and maximize production output.

Ultimately, the original, older technology was successfully married with the new, modern equipment required to repower the site — all without a significant (and costly) redesign.

Perhaps even more importantly, while the asset owner anticipated replacing a large number of the damaged components for roughly $1.75 million, they were instead able to benefit from a salvage plan for the modules, saving 1.3M and recovering 70 percent more modules than their original budget. Other savings came from reduced business interruption claims and a more efficient timeline, and staggered approach to the execution, which resulted in substantial savings.

Recover with the right partner

When the floods recede and the winds die down, you’re going to want expert help getting your crucial assets back online. While many O&M providers say they do recovery and restoration work, few have hard-won experience to back them up. Select a partner with expertise in damage assessment, salvage work, insurance claim management, and rapid restoration. The best option is to find a team that you manage through a single touchpoint – with an end-to-end solution that will mitigate your production losses and gets your PV back to peak performance. As Director of DEPC