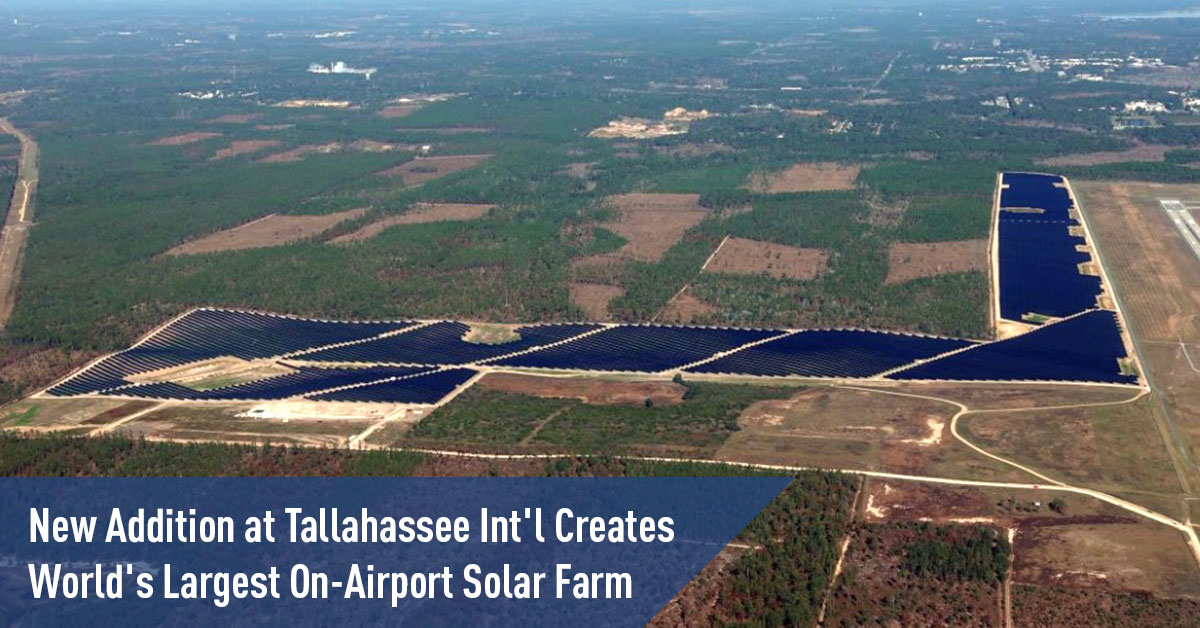 When the new facility became operational in January 2020, it joined TLH's other solar farm that came online in 2018. Together, the two solar farms span 400 acres and produce 62 MWac per year, vaulting the Florida airport well ahead of other industry standouts: Cochin International Airport in India at 40 MWac and Indianapolis International Airport with 17.5 MWac.