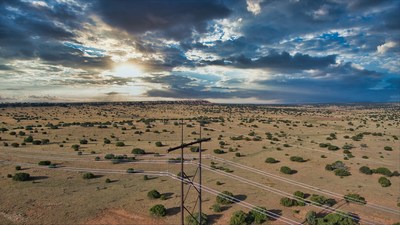 "This is a big day for New Mexico as we open access to new sources of clean and affordable energy to consumers across the state and region," said Mike Garland, CEO of Pattern Energy. "Wind power has already begun flowing on the line and later this month we will complete our Western Spirit Wind projects – the largest single-phase renewable energy buildout in U.S. history – utilizing this new line and other infrastructure to bring on a full 1,050 MW of clean renewable power. Thanks to New Mexico's mighty winds – some of the strongest wind resources in the entire country – these nearly $2 billion projects created thousands of jobs, generated economic activity in rural areas, and will now generate pollution-free clean power for thousands of homes. We are proud to have designed this project with input and support from the local communities, environmental organizations and state government, making this a successful collaborative investment in New Mexico infrastructure.” 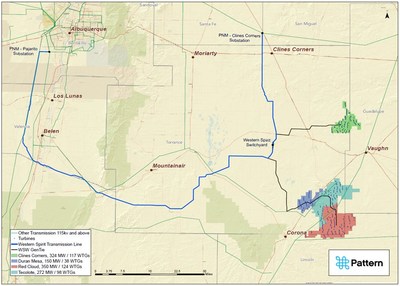 "This is the largest transmission upgrade to the PNM system since the 1980s and is increasing grid reliability by harnessing New Mexico's natural resources," said Robert E. Busch, Chairman of RETA. "Today marks a critical milestone to achieve the State of New Mexico's vision of zero carbon emissions by 2045. After a decade of hard work RETA is accomplishing what it was tasked to do. The completion of the Western Spirit transmission line and wind farms will be a major leap for New Mexico toward a clean energy future."

Adding more renewable energy to the grid reduces the need to burn coal and natural gas. In addition to reducing emissions, the Western Spirit Transmission line will reduce water withdrawal from lakes and rivers by 850 million gallons per year – water that would otherwise be needed for cooling thermal power plants.