BayWa r.e. Partners with Silfab Solar to Distribute High-Performance, ‘Made in North America’ Solar Modules to the Canadian Market

BayWa r.e., a leading Canadian distributor of top-tier solar and energy storage components and systems, announced it has become a distributor for Silfab Solar, a North American manufacturer of high-performance solar modules, in Canada. BayWa r.e.’s strong commitment to serving solar contractors and their record as a reliable and innovative distributor offers Silfab a differentiated approach to the Canadian distribution channel. Likewise, Silfab’s commitment to delivering a high-quality and North American-produced module allows BayWa r.e. to expand its product offering to solar contractors who need proof of domestic products, such as government projects, or who choose to offer domestic modules as a differentiated option to their customers. This follows BayWa r.e.’s recent announcement of its partnership with Silfab Solar in the U.S.

“The U.S. solar market has already benefited from the BayWa r.e.-Silfab Solar partnership, and we are excited to be joining BayWa r.e.’s lineup by bringing our ‘Made in North America’ Silfab solar panels to BayWa r.e. locations across Canada,” said Ryan Adams, Silfab’s Director of Business Development. “With the exponential growth of solar in Canada, we’re proud to provide industry-leading warranty and high-efficiency modules to help further Canada’s climate goals along with BayWa r.e.”

In 2015, nearly all of Canada’s solar power generation capacity was in Ontario, but now it is expanding to new markets. The solar market in Canada hit 3,040 MW capacity in 2018, according to Natural Resources Canada, and is only continuing to grow. According to energyhub.org, Saskatchewan and Alberta have the highest solar energy potential and some of the country’s biggest solar farms are being developed in Alberta. BayWa r.e. is growing to support the continued growth of the Canadian market, and in addition be able to offer customers from coast-to-coast-to-coast a high-quality North American-made product through their relationship with Silfab. 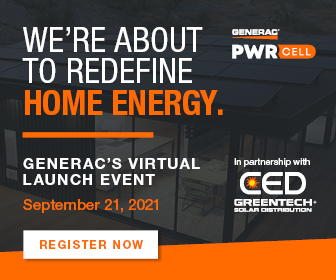